IT'S NOT OVER YET

Mourinho said his rotation of the team had allowed him some more insight into his squad strength,

• “It’s not possible until the quarter-finals but my wish is to come back here for a proper match,” said Mourinho, 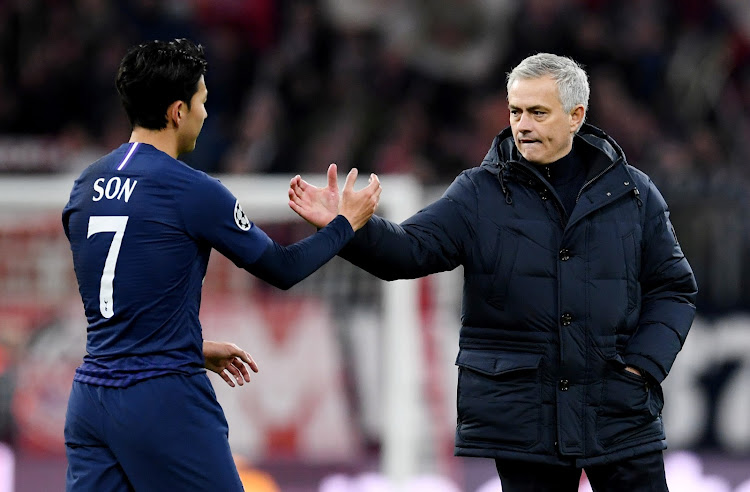 Jose Mourinho said he would relish Tottenham Hotspur facing Bayern Munich further down the line in a ‘proper’ Champions League game despite his side losing 3-1 in Bavaria on Wednesday in their final group game.

Bayern outplayed a much-changed Tottenham side to make it six wins out of six in Group B with goals coming from Kingsley Coman, Thomas Mueller and Philippe Coutinho.

Last season’s beaten finalists Tottenham, who had already qualified for the last 16 as runners-up to a rampant Bayern, left out Harry Kane and Dele Alli, while Son Heung-min came on as a substitute in a largely meaningless fixture.

Ryan Sessegnon, 19, marked his first Champions League start with Tottenham’s goal. Tottenham could have lost by more but Mourinho still saw some positives and said the prospect of meeting Bayern again in the knockout phase did not concern him.

“It’s not possible until the quarter-finals but my wish is to come back here for a proper match,” said Mourinho, who suffered his second defeat in six games since taking over.

Mourinho said his rotation of the team had allowed him some more insight into his squad strength, although he was careful not to get carried away by Sessegnon’s impact.

“That is the quality we know he has. He arrives in dangerous positions, he is a good finisher but he has a lot to improve,” Mourinho said. “He lost too many individual duels and has to learn how to use his body. “He was playing against experienced players. He has a lot to develop but the potential is there.”

Argentine defender Juan Foyth also got his first chance to impress Mourinho, although he had his work cut out. “We played against a very good team and that’s the best test when you play against good players,” Mourinho said.

“A good match for me but I don’t want to speak about conclusions. There was some important information. I give you a positive example: I learn a lot about Foyth, who did not play one minute for me until today— I learned more in this 90 minutes than in two or three weeks of work without playing.”

The draw for the last 16 takes place on Monday.