No time to rest

•The team arrived in the country yesterday morning from Egypt having finished second behind champions Cameroon in the just concluded African Nation Cup championship.

•Experience duo of Brackcides Agala and Janet Wanja said they will be out for revenge against Cameroon in their remaining two encounters. 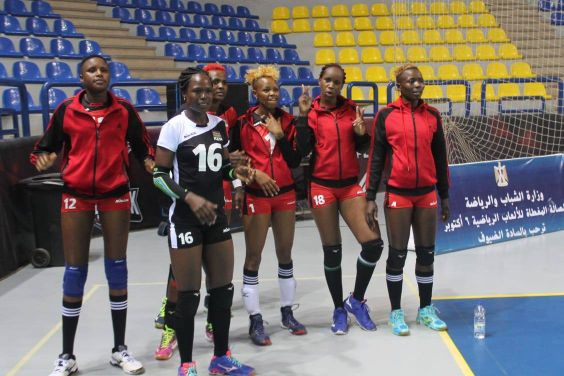 National women’s volleyball team will focus on the reception and services when they resume training tomorrow at the Moi Stadium Indoor Arena, Kasarani ahead of the Intercontinental Olympic qualifiers early next month in Italy.

The team arrived in the country yesterday morning from Egypt after winding up second behind champions Cameroon in the just concluded African Nation Cup championship.

Team's second assistant coach Josp Barasa admitted that once again reception was their main undoing especially during the final match against Cameroon.

“Generally, the team gave their all and you could see they really wanted to win the title. We had an upper hand in the decisive set but last-minute mistakes in reception denied us the win,” noted Barasa, who also doubles up as the Kenya Prisons’ women’s team coach.

He added: “There will be no time to rest as we resume training on Thursday. We will be keen to work on our mistakes as we seek to strengthen other departments. But overall, it was a good performance from the outfit and our focus now switches to the upcoming events.”

The experienced duo of Brackcides Agala and Janet Wanja noted they will be out for revenge against the Central Africans in their remaining two encounters. Kenya is likely to meet Cameroon in the next month’s  All Africa Games in Morocco and the Continental Olympic qualifiers in January at a yet to be decided venue.

“We have played them twice in the just concluded Africa Nation Cup and on each occasion, we played five sets. We won against them during the group stages and lost in the final. That means the matches could have gone either way. However, we will be out for revenge in the coming events,” noted Wanja.

Agala observed: “The fact that we played five sets in each of the encounters leaves a lot to ponder over. However, I hope we will return the favour when we play them in the forthcoming events.”

Team captain Moim challenged the government to accord the team the much-needed support going forward,  saying on most occasions, they feel neglected.