• Kanuli and Ongwae separately denied the allegations and promised to respond later after consultations.

• Omwando said the club has performed well despite the challenges. 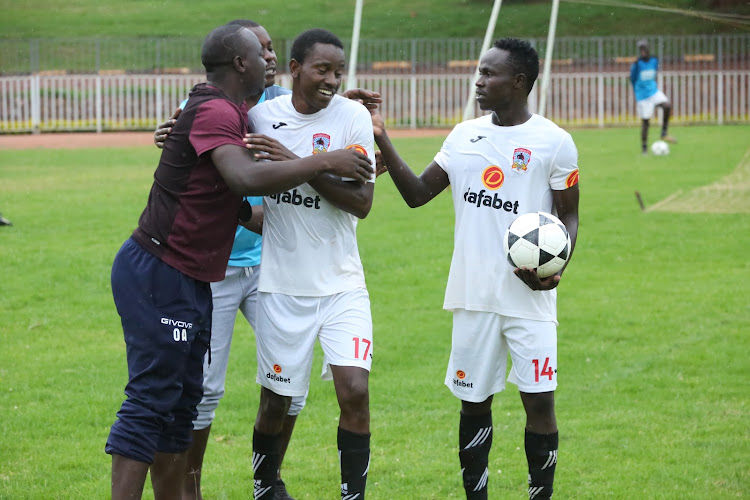 However, Kanuli and Ongwae separately denied the allegations and promised to respond later after consultations.

“They incited players to go on strike as a result, only 14 players honoured our game against Administration Police. They told the players to boycott three matches so that the team is relegated,” claimed Omwando.

Omwando, however, said their fate will be decided at the end of the season. “If they apologise, the club management might reconsider the decision to suspend them indefinitely,” Omwando added.

The suspension letter read in part: “The club management has once again suspended you with immediate effect from all club activities without pay due to indiscipline and player incitement. Your future engagement with the club will depend on your cooperation.”

Ongwae is a former club defender who was elevated to the position of fitness trainer while Kanuli guided Shabana to promotion from the FKF Division One League.

At the same time, Omwando confirmed the suspension of the striking players. “We owed them some salary arrears but that didn’t guarantee a strike,” he added. He said the mutineers whose contracts expire on June 30 will leave the club. "We will l not renew their contracts,” he noted.

He said the club has performed well despite the challenges. “We were promoted to NSL and had less than two months to prepare and sign good players because by then, we didn’t have money,” Omwando added.

The secretary-general announced that the club is in talks with a potential sponsor ahead of the 2019/2020 season. Shabana concludes this season’s matches with an encounter against Talanta at Gusii Stadium.