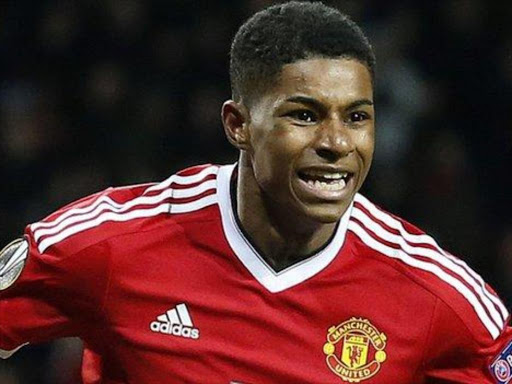 Manchester United have moved to increase striker Marcus Rashford’s wages to a staggering £10million a year! Although his contract runs until 2020, Spanish giants Real Madrid have shown interest in signing the 21-year-old striker. My contacts have told me that both Marcus and his agents were interested and prepared to listen to Real. The young striker has now hit six goals in eight league games and will wait until the summer before making any decisions. In the meantime defender Eric Bailly has been assured by manager Ole Gunner Solskjaer that his future is definitely at Old Trafford following interest from both Arsenal and Paris St-Germain. The Ivory Coast defender has started only one league game since his red card against Bournemouth in December. Bailly cost United £30m just over two years ago and started in last Sunday’s 1-0 win at Leicester and Solskjaer is considering teaming him up with Victor Lindelhof to handle Kylian Mbappe’s speed in Tuesday’s Champion’s League match against PSG.

Vardy and Puel not getting along

After just four home wins, Leicester manager Claude Puel is under fire from club owners and fans. Now it appears he has fallen out with main striker Jamie Vardy. After a frustrating 1-0 defeat to Manchester United Puel was talking to and praising some of the United players and in particular Paul Pogba. Word is that Jamie took exception to that and mouthed some fierce criticism towards his boss. Relations between Vardy and Puel have been strained since October when the manager demoted the striker to the sub’s bench although he declared himself fully fit. Vardy’s wife, Reality TV star Rebekah Vardy, took to social media’s Twitter and said: “Genuinely waste of time him (Vardy) playing under Puel. He was non-existent. He’s been like this for the vast majority of Puel’s time here. Surely no coincidence.” Vardy has scored only seven Premier League goals this season and blames Puel’s possession-based tactics whereas he excels when the ball is passed up to him on a counter-attack. Puel has also made the mistake of criticising his forwards in public by blaming them for the United defeat. He said: “It was a shame because in good situations to shoot or cross we didn’t take our responsibility.” Claude should remember that Jose Mourinho his players in public and look what happened to him.

Hodgson wakes up with a stronger team

When Crystal Palace manager Roy Hodgson went to bed on Thursday last week, Michy Batshuayi was a Chelsea player. When Hodgson woke in the morning the Belgian was a Palace player. The Chelsea loanee quickly settled in, just a few miles down the road from Stamford Bridge, after meeting Hodgson at 4pm on Friday and he took to the field for Palace after climbing off the bench. Immediately he set up the goal that saw the end of Fulham in this relegation battle. Hodgson might just have found the link to bring his team to life and give Wilfried Zaha the inspiration and opportunities he has been searching for all season. Palace are now seven points above the drop zone but I am afraid Fulham have it all to do and I cannot see them surviving.

I can only laugh that some people thought Liverpool were already Premier League title winners because they were a few points ahead of Manchester City. How things can change in a week with City back in first place. A Spanish football agency offered tickets to Liverpool’s final game of the season, against Wolves, for a huge $15,000. The ticket agency advertised them as a way to join in the title winning celebration party during and after the final game. Liverpool’s other two end of season games against Chelsea and Huddersfield were also being offered at big increases on the normal gate price. The problem is that now Liverpool’s current mediocre run of form means they are behind their rivals on goal difference, anything can happen and if Manchester City further improve after their midweek win against Everton and start winning regularly, the fans who bought those expensively priced celebration tickets will not get their money back!

Son is loved by his manager, team and fans

I made the journey up to Newcastle to watch the Geordie team take on Tottenham. You are probably used to watching football in hot conditions but I can tell you that across the Newcastle pitch, there is a giant arch and I watched as big chunks of frozen ice melted and fell onto the pitch. The ice didn’t stop battery powered striker Heung-min Son, the man Spurs rely on in Harry Kane’s current absence. And Son never disappoints. As his manager Mauricio Pochettino said: “He works hard. He never gives up and he tries, tries, tries.” The remarkable Korean is a firm favourite with Spurs’ fans and he rattled in his ninth goal in his last 10 games! Pochettino added: “He is now a complete player and we are very happy with his performances.” Pochettino even compared his quality of movement to the great Lionel Messi — praise indeed for this very likeable young man. Son is being tipped as the Premier League’s Player of the year.

Rafa gets his man

Several years ago, thousands of long suffering Newcastle fans went to St James’ Park on a warm sunny afternoon. The year was 2005 and there they welcomed £16million record signing Michael Owen. It was a similar story a few years earlier when the Geordie fans could not believe their luck as the club signed the best striker in the league Alan Shearer for a world record £15million. By today’s big money standards, that is now peanuts but Shearer proved to be a brilliant investment as he consistently headed the league tables as top goalscorer. Last week, there was not a big fanfare welcome but there probably should have been, as American MLS star and Paraguayan playmaker Miguel Almiron arrived at Tyneside. Many American pundits say Almiron is the best player, and the most expensive, to ever come out of the American league. He is undoubtedly skillful and provides pace and goals. However, he also has to adjust to the quality of Premier League opponents. Manager Rafa Benitez believes he will and made Almiron his top target and much despised club owner Mike Ashley came up with the cash. It could be the move that keeps Rafa at Newcastle for another season and that was Ashley’s motivation to bring the new player in. Benitez told Ashley to sign him or he would leave. Ashley does not like to be dictated to but he caved in and this coming summer Benitez will seek further additions to his squad.

Gomez out for longer

Liverpool manager Jurgen Klopp has a new worry over his defence problems. Liverpool told me this week that centre-back Joe Gomez might need surgery on the hairline leg fracture he suffered against Burnley earlier in the season. Joe has had several setbacks which has stopped the healing process. Joe’s bone is not knitting together properly. It was hoped that complete rest would solve the problem but this hasn’t worked. Liverpool face Bayern Munich on February 19 in the first leg of the Champion’s League and Gomez will definitely not be available.

Manchester City manager Pep Guardiola believes the Premier League title will be decided on the last game of the season or the one before. He believes the title race is so close it could even be decided on goal difference. Guardiola is used to winning league titles by big margins having done so with City, Bayern Munich and Barcelona with a points margin of nine over the second placed club. City have a tough game against Chelsea tomorrow which plays into the hands of Tottenham and even Manchester United who are getting ever closer to the top four.

Everton manager Marco Silva is under considerable pressure following their 3-1 loss to Wolves and 2-0 loss to Manchester City which gave the Toffees the very unimpressive stats of eight defeats in 13 matches, winning only three since November. After the Wolves game, fans held a protest calling for the manager to be sacked and had booed throughout the match. This caused the club owner, Farhad Moshiri to publicly support Silva and he said: “In this business you have to hold your nerve.” Everton have sacked Roberto Martinez, Ronald Koeman and Sam Allardyce in the last three years and they do not want to part with another manager unless it is unavoidable. Everton are keen on promoting young academy players and Silva has bought into that philosophy which is why the owners like him so much. He is carrying out their wishes. That is why Everton were not active in the transfer market in January. Marco has not endeared himself to Idrissa Gana Gueye. The Senegalese is distraught as his proposed transfer to glamour club Paris St-Germain was blocked by Silva and it finally fell apart. Gueye was devastated and he is still sulking. However, Silva is confident he will bounce back to top form after recovering from a small but niggling current injury. Silva said: “I know him well and we are talking about a top professional player with a strong character. Of course it was a good opportunity but it was also a fantastic opportunity for him to start with us also and it is important for us to go forward and build a strong squad.”

And finally…Life in the clouds

I had to laugh when someone pointed out to me that if the incredible 38-year-old Peter Crouch of Burnley stood on the shoulders of Southampton defender Jannik Vestergaard when the two played against each other at the weekend, they would be taller than an African giraffe. Crouch is 6ft 7in while Vestergaard is 6ft 6in!