Horseman Trophy on as action resumes 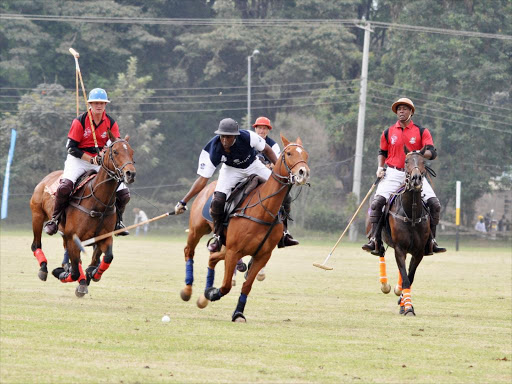 56 others in the Lord Cranworth and Red Bull cups.
The tournament promises some fast, pulsating action with aggressive but cool-head players riding over 400kg ponies down the vast polo field at the Jamhuri grounds along Ngong Road. Manyatta Polo Club will field a full team of four including handicap 3 Craig Millar, two-goaler Mbugua Ngugi and Philou Salle (1.5), and Kimoi Moi (1.5). They will face off with Samsung sponsored side that drew North Kenya Polo Club duo of Tarquin Gross (2.5) and Tiva Gross (1.5), alongside NPC’s handicap 2 pair of chairman Phillip Arungah and his captain Raphael Nzomo over three days.
The club chairman, Arungah urged fans to cone and experience the best polo that Africa has to offer in the best of fields in the country. “It has been a long time since we had some action at our cub and we welcome all visiting players, polo enthusiasts and fans to come watch the three-day event,” said NPC boss Arungah.