MAKSIMYCHEV: Why Africa should worried of Nazism revival

Nazi ideology was a result of long tradition of European white supremacist philosophy. 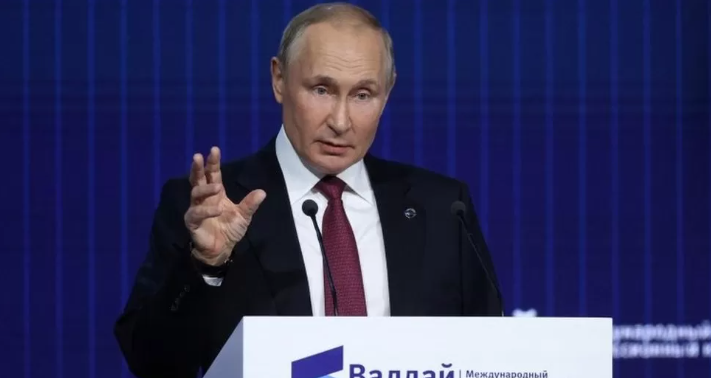 Now, it’s official. The collective West, or the North Atlantic Treaty Organization member countries if you will, has dropped its fig leaf and stopped pretending to be a democratic and progressive force.

On November 4, 2022, they all voted against a United Nations General Assembly resolution on “Combating glorification of Nazism, neo-Nazism and other practices that contribute to fueling contemporary forms of racism, racial discrimination, xenophobia and related intolerance”.

That means that they are for the glorification of Nazism, neo-Nazism and other practices that contribute to racism, xenophobia and intolerance.

In fact, the sane international community (including the overwhelming majority of Africa who voted for the resolution) should thank NATO countries for this glorious “coming-out”!

Now, we all know exactly with whom we are dealing when we see the EU, UK, US, Japan, Canada and the like.

Over the last few years, we witnessed with fear and disgust the revival of Nazism in the West, especially in Europe. Until last Friday, there was still hope that they would come to senses. But now they finally crossed the Rubicon.

Let us not forget that Nazism and Fascism were not a uniquely German phenomenon but an almost universal feature of Europe.

And now they want to vindicate this shameful page of their history by rewriting it and vilifying the real heroes, who saved, at a tragically high price, the world from the scourge of Nazism – the peoples of the Soviet Union, of course, with the support of the US, UK and other allies.

This explains the hysterical and frenetic support they are giving to the racist and genocidal Ukrainian regime in Kiev and their thug storm troopers covered by tattoos with swastikas and portraits of Adolf Hitler.

Those Nazis with a well-evidenced and documented record of crimes against humanity for many years have been the recipients of copious political, financial, and military support from the US, EU and the rest of NATO countries, as their asset that they intended to use as a battering ram against Russia.

At the same time, across Europe they started a foul and loathsome campaign of desecration and demolitions of the war monuments to the heroes of the Red Army on war cemeteries where hundreds of thousands of Soviet soldiers rest who gave their lives to stop the Nazi beast. Six hundred thousands soldiers died for the liberation of Poland alone.

Can there be a more shameless demonstration of depravity, moral decay and degradation?

My Kenyan friends will ask, “Why should Africans worry about Nazis in Europe thousands of miles away from them?” And I will say that the revival of Nazism should very much worry Africa because inevitably it will bring back colonial rule to the continent.

The Nazi ideology did not come from nowhere. It was a result of a long tradition and evolution of European racist and white supremacist philosophy that for centuries dominated the Western thought.

Otherwise how could they justify colonialism with its slave trade, exploitation and genocide? Do not forget that the last “human zoo” displaying Africans in cages like wild animals was still in operation as late as 1958 in Brussels (currently EU capital).

The liberation of Africa from colonial domination would not have been possible without the victory of the Soviet Union over Nazi Germany. It is our country that actually pushed, despite strong resistance from the colonialists, the UN resolution on the granting of independence to colonial countries and peoples in 1960.

Africans remember the assistance that the Soviet Union provided to them in their struggle for freedom, and later in their quest for independent development.

The latest disgraceful vote in the UN clearly indicates the looming danger of a full-scale revival of Nazism in NATO member countries.

It also shows that they have learned and understood nothing from their own history, and may very well try another attempt to rule the world on the basis of their supremacy, especially given the unfolding global economic crisis of their own making.

The recent racial strife in the US and Europe only proves that systemic racism is still alive in that part of the world.

Therefore, my dear friends, Africa should be very much concerned.

The writer is the Russian Ambassador to Kenya

US confirms 'communications' with Kremlin

Speaking in New York, Mr Sullivan said it was "in the interests" of the US to maintain contact with the Kremlin.
News
3 weeks ago

At least 70,000 people are reported to have been moved already from Kherson
News
3 weeks ago