KARIUKI: Kaliech: Story of a man whose life was about survival and triumph

Omamo’s career effectively ended in 1988 when President Moi’ expelled him from the Cabinet. 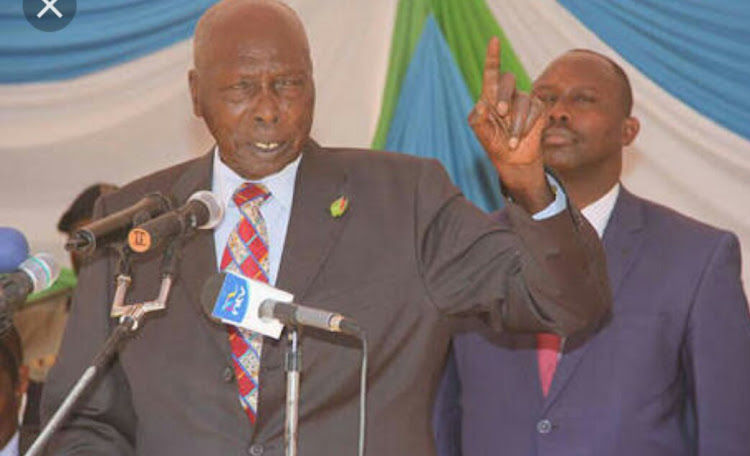 Part of the reason why some Europeans have the audacity to say Africa has no history is because we have an obsession with secrecy that prevents Africans from properly telling their history. Instead, we prefer to let many stories be buried in the dust along with the people who lived them.

This unnecessary secrecy — this aversion to facts that tells some communities such as my own Gikuyu that even counting their own offspring is taboo — is further worsened by our tendency to rely on oral traditions instead of the written word.

Oral history is rarely reliable. If the interlocutors who distort it for their own agendas don’t pitifully ruin it, it is ravaged by time, which takes a toll on the ability of the human mind to remember.

William Odongo Omamo, aka Kaliech, will not go down in history among those who left history to the mercy of secrecy and oral tradition because he wrote his memoirs.

The book starts with Kaliech taking us back about 20 generations ago, or more than 500 years, and ends in the modern era. While writing this book, he doggedly interviewed many people and traced his lineage back to Ramogi Ajwang, the man Ramogi Hill is named after.

Ramogi Hill overlooks Nam Lolwe, which is erroneously referred to as Lake Victoria. According to Kaliech, Ramogi Hill "has been accepted as the entry point of the Luos into the land that later became part of Kenya, but which the Luos called Yimbo".

Speaking of ancestors, because of polygamy and wife inheritance (a practice known as Tero), Odongo Omamo and Raila Odinga are related by blood. Raila is Omamo’s nephew while Omamo was Jaramogi’s cousin because they shared a great-grandfather, a fellow called Mzee Nyibinya, who was the son of Mzee Matar.

As Kaliech notes, “Anyone who cares to know the roots of prominent Luo families will come across prominent Luo personalities who were born through legitimate adoption of widows. I was one of these, when my father inherited my mother from a previous marriage, after her first husband died. Honourable Jaramogi Oginga Odinga was another”.

You will be slightly astonished at times because Dr Omamo defies the African obsession with secrecy and tells his story like it was. A case in point was his courtship of first wife Joyce, whom he scandalously impregnated while they were both in Christian missionary high schools.

He writes that “The battle in Odidi’s ‘simba’ had resulted in pregnancy. When she was taken ill with the symptoms of morning sickness, she had to be admitted in the school sanitorium for Dr Wright, a missionary doctor from Maseno, to examine her, alongside other patients. If on his scheduled weekly Tuesday visit, he had found out about Joyce’s pregnancy, Joyce would have been expelled from Ng’iya in disgrace. As fate would have it…. For the first time in years, Dr Wright did not turn up that Tuesday.”

Kaliech also marvels at his own survival against very dubious odds in his childhood.

On his first day in class, for example, he showed up stark naked in his birthday suit since he didn't have anything to wear. It was that inauspicious beginning that launched Kaliech on an impressive academic career that lifted him from Sakwa, through Maseno School, to India and Pakistan and then to the US.

He also bitterly denounces the impact of alcohol on the Kenyan society, which was forbidden to Africans before independence.

“In fact, the first five years following Kenya’s independence ushered in an unprecedented drinking spree. Salaried individuals took to beer drinking in a big way; some upgraded themselves from light beer to hard liquors, including the illicit Nubian gin popularly known as “Chang’aa”….Many productive Kenyans, athletes, teachers, doctors, Permanent Secretaries and even Cabinet Ministers have fallen victim to alcoholism or alcohol related illnesses,” he writes.

There are people whose lives constitute the histories of entire nations, and Omamo was one of those. A lot happened during his remarkable life: Kenya became independent, Tom Mboya was assassinated, President Jomo Kenyatta's bodyguards opened fire on a crowd in Kisumu, Jaramogi was detained by both Kenyatta and Moi, and there was a coup attempt.

Through it all, Kaliech rose through the ranks from a college principal to a Cabinet minister for both Kenyatta and Moi, only to be fired by Moi, and then thunder back to Parliament for one last hurrah.

Throughout the book, he ruminates on the role of death in his life. It is a recurring theme. He paints a particularly grim picture of the Kisumu massacre by the senior Kenyatta’s bodyguards:

“The shooting spree continued along the Kisumu-Nairobi road. Even 24 kilometers away at Ahero market, a man was shot dead as he ran empty handed to cheer the passing Presidential motorcade. Poor fellow, he did not know why he was shot, all he knew was that he was dying. No one dared raise any question in Parliament about the Kisumu incident and the excesses that followed. No one dared apply for compensation for families of the innocent dead. No one to this day," the former Cabinet minister writes.

Omamo’s Cabinet career effectively ended in 1988 when President Moi’s administration expelled him from the Cabinet and rigged him out of Parliament for the “crime” of telling a gathering in Bondo the truth, which was that Jaramogi had sent him to study in India, a fact that he would forever be grateful for.

At the time, saying anything positive about Jaramogi was a political death sentence, but Kaliech approached the matter with a devil may care, damn the torpedoes, attitude: “…I called a press conference and clarified what I said. I underscored the fact that what I had said was history, which could not be rewritten, and that I was not prepared to amend or distort it to please anybody…I was determined to speak the truth and KANU party authorities in Nairobi knew it. I did not mince my words”.

This incident reinforces Omamo’s character, in which he constantly defies the African obsession with secrecy and aversion to facts, and tells the truth. Unfortunately, it brought to an end his 19 years of service in. Ironically, he took on Jaramogi in 1992 for the Bondo seat, which he lost. He shifted based to Muhoroni roared back to Parliament in 1997 before finally hanging up his political boots for good in 2002.

If you ask PLO Lumumba, he will tell you this book weaves a story told in racy and engaging conversational style that makes it accessible to the reader. I do agree. I would add that the arc of the entire book spans at least 500 years, which is remarkable since many Africans can barely trace their background story beyond three generations, or a mere 100 years.

The book is also chock full of Luo cultural information, as well as Kenyan history, and is a worthy addition to the canon. Overall, the thing speaks for itself, for Kaliech, and for the country.

REBEL Luo Nyanza MPs are now considering registering their own party.They are apparently unhappy with the way former Prime Minister Raila Odinga is ...
News
8 years ago

In his twilight years, Daniel Moi remains a powerful totem that continues to bewitch the imagination of Kenyans. Few dispute that he was a political ...
Siasa
7 years ago

The Presidential poll of October 26, if allowed to stand, will indeed be one of the most divisive elections ever held in any country. NASA’s Raila ...
Siasa
5 years ago
Post a comment
WATCH: The latest videos from the Star
by PATRICK KARIUKI
Siasa
10 November 2022 - 23:00
Read The E-Paper