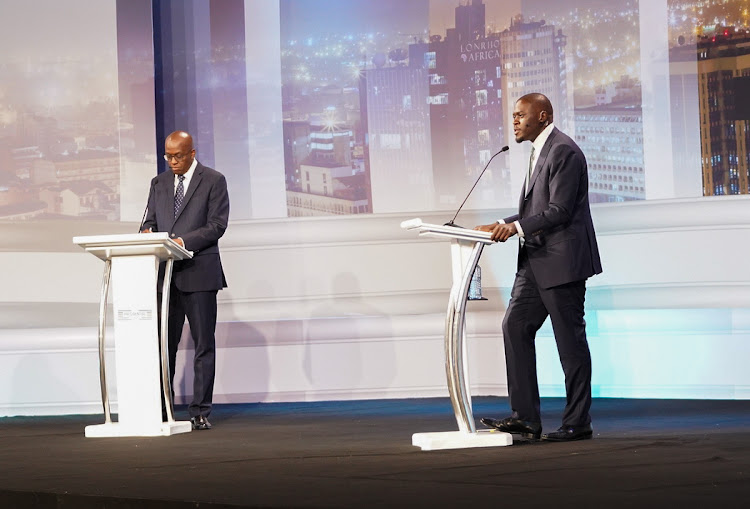 On Tuesday, Azimio la Umoja presidential candidate Raila Odinga and his Roots Party counterpart George Wajackoyah made good on their threats and skipped the long-awaited face-off.

The decision to ignore the debate, while typical of the hubris of politicians, also deflated the expectations of viewers and media alike.

However, this did not stop the event from taking place with Agano presidential candidate Waihiga Mwaure taking to the podium alone, as well as United Democratic Alliance hopeful William Ruto.

The bold shows by the aspirants demonstrate the centrality of political debates in Kenya and are a sign of a new form of political engagement in the years to come.

Kenya held its first televised presidential debate in the second week of February 2013.

The Monday event elicited cheers and jeers because of a variety of factors, notably, the International Criminal Court case against Jubilee Alliance candidate Uhuru Kenyatta, for his alleged role in the 2007-2008 post-election violence that left more than 1,200 people dead and up to 600,000 displaced.

Then there was Coalitions for Reforms and Democracy candidate Raila, who was jeered by his opponents for what was perceived to be his polarising personality that risked alienating certain communities if was given the keys to State House.

Essentially, the 2013 debate – if revisited in hindsight – signalled a democracy that was finding new meaning if the reactions of millions of Kenyans are anything to go by.

The presidential election results, however, were still viciously contested and the matter reached the Supreme Court where a six-judge bench, led by Willy Mutunga, dismissed the petitions of Raila and Africa Centre for Open Governance.

Increased internet penetration means that more people today have better access to information. This means an increase in the consumption of news and other media programmes such as television debates.

A Kenyan in the remote parts of Samburu with internet access and a smartphone can stream live a political debate, and comment in real-time on her social media accounts, expanding the political conversation about our destiny as Kenyans and the democratic choices we have at our disposal to bring about progressive change.

More importantly, 2022 has witnessed an unprecedented explosion of political debates that an ordinary Kenyan is spoilt for choice.

For the first time in Kenyan history, media outlets are airing gubernatorial and member of county assembly debates, where aspirants who attend are hard-pressed to explain what sets them apart from their opponents. 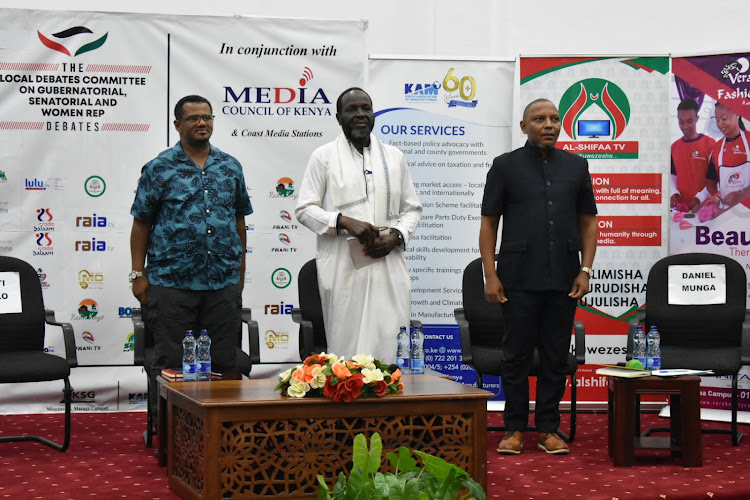 The recent governor debates for Kiambu, Isiolo, Kajiado and Mombasa aspirants, among other counties, illustrate a flourishing democratic space being midwifed by the media, who are also under pressure from an informed electorate, who want to see them play their watchdog role effectively.

While presidential and deputy presidential debates, as well as that of the Nairobi governor race, still attract more viewers, the gaze toward the county demonstrates an increased level of awareness about the need for more service delivery among citizens.

Critics are likely to counter this argument by saying that our base instincts to vote for people from our clans or tribes mean the debates virtually serve no purpose.

Of course, a glance at our voting patterns for, let’s say, the last two decades might support the notion that our political evolution is still unusually slow, and that debating issues – not personalities – is still beyond the level of our democracy.

However, the above argument is also defeatist in that it fails to appreciate that democracy, as a model of governance, is rooted in political traditions and values that take centuries, if not ages, to cultivate and nurture.

Democracy, at its core, follows the circuitous path founded on the Chinese proverb that says, “A journey of a thousand miles begins with a single step.”

Secondly, the argument is steeped in a superiority complex that ordinary people cannot know what is beneficial to them.

This means they cannot demand that their political candidates debate issues touching on food security, education, roads and more business opportunities; issues that have a long-term impact on their lives, than the glossy promises of presidential candidates that are hardly implemented.

Therefore, the recent governor debates for Kiambu, Isiolo, Kajiado and Mombasa aspirants, among other counties, illustrate a flourishing democratic space being midwifed by the media, who are also under pressure from an informed electorate, who want to see them play their watchdog role effectively.

Citizens are also increasingly more concerned about politicians debating issues to rethink their electoral choices on the ballot.

For instance, a politician who is unnecessarily cagey with information on how he will implement certain pillars of his manifesto is an instant red flag that voters are likely to be wary of.

And the anxiety and worries about such leaders often find a voice on social media platforms like Facebook and Twitter where Kenyans either confront them directly or their proxies, to inform or persuade others.

Secondly, more debates affirm that the people are supreme as enshrined in the 2010 Constitution, and political decision-making will always involve them in one way or another.

This is not just in terms of their active participation through sending in questions to the moderators, but the political hunger that such a discourse has awakened, and the high expectations on the part of the organisers and candidates alike.

Consequently, as the August 9 election nears, various aspirants – whether vying for MCA, woman representative, or even the Senate – will have to know that a new precedent has been set.

This is because politics of yesterday of pure ethnic mobilisation cannot and will never be the only parameter upon which voters will decide their socioeconomic destinies.

Subeditor at the Star

IRUNGU: Why presidential debate is important

These debates are how we, as voters, listen to all ideas and choose those who come to lead us.
Opinion
4 months ago

MCK said 18.5 million of those who followed the debate are registered voters.
News
4 months ago

Karua got more time than Gachagua in the debate - UDA secretariat