Tributes to Kirubi revealed how billionaires in Kenya relate with politicians

• Across the globe, politicians avoid like the plague anything that relates them to an unhealthy relationship with people and businesses that have integrity issues.

• Ours, are getting shamelessly confident revealing how they vie for office not to serve but to earn. Not to avoid such relationships but to seek. 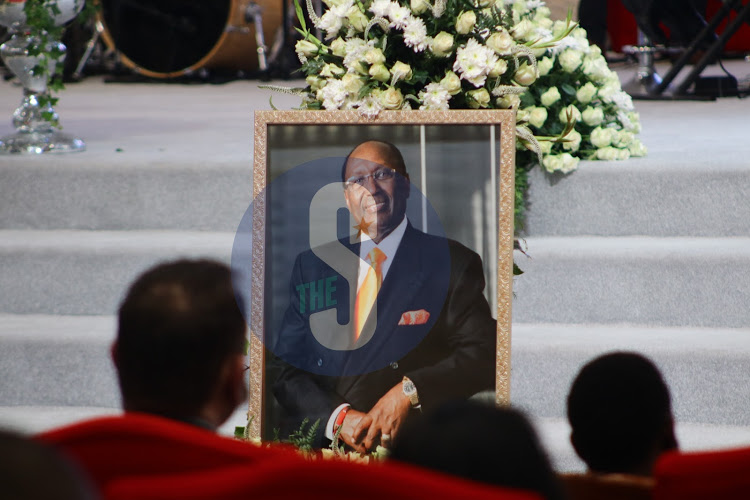 Business mogul Dr Chris Kirubi's was mourned by family, close friends and many others in different ways and attributes.
Image: WILFRED NYANGARESI

Business mogul Dr Chris Kirubi's was mourned by family, close friends and many others in different ways and attributes.

In death, Kirubi revealed a Kenya where politicians and businessmen enjoy an unhealthy symbiotic relationship that many unsuspecting Kenyans thought was only in the figment of critics’ imaginations.

Shocking revelations have thrown even the critics off balance.

The revelations, coming from the horses’ mouth, were quite tantalising sad as they poured from competing politicians’ mouths.

Kirubi revealed in his death what he could not reveal in life how his business empire that began from questionable acquisitions of public quangos had a chokehold on politicians, who were running the show since independence and are the faces of the good, the bad and the ugly in this great nation of peasants.

Across the globe, politicians avoid like the plague anything that relates them to an unhealthy relationship with people and businesses that have integrity issues.

Ours, are getting shamelessly confident revealing how they vie for office not to serve but to earn. Not to avoid such relationships but to seek.

An outrageous and annoying example is where former Foreign Minister Senator Moses Wetang'ula flies to a foreign country with Kirubi because the billionaire had issues with the Ethiopian government and wanted a state official to influence in his favour.

An Ethiopian friend told me it was a case of exporting corruption to their country.

According to Wetang'ula's narration, Kirubi called him and within a day, they had flown to Ethiopia to meet then Prime Minister Meles Zenawi.

Who paid for this trip? We do not know but it's highly likely that the private trip was paid for by the peasant taxpayers.

You can bet the five-star hotels they will put up in and all the accompanying luxuries will cause the public purse further financial damage.

Incidentally, at the same time, the Foreign Minister was flying for a private business affair, fishermen in Migingo Island were being terrorised by President Yoweri Museveni’s security men, controversial Tokyo Embassy scandal was ensuing and many extraordinary international affairs required his attention. Instead, he selected to fly with Kirubi for a private affair.

A wandering foreign minister is not unheard of but when he or she wanders for private affairs at the taxpayers' expense, it becomes a criminal act. If this does not define impunity, I do not know what will.

How much time does the Foreign Minister have for private businessmen? It signifies how little work these ministers drawing huge salaries from the poor do.

They dine, wine and earn while hobnobbing with private businessmen who have taken the jobs and probably the assets of the Kenyan citizen to another country.

Senator Wetang'ula was then elected to Parliament by constituents who will take five years to secure an appointment with him. Isn't this annoying?

How often do you get to meet your elected MP to discuss your constituency matters to inform the rules he purportedly makes in Parliament?

How often do you get to meet your employees who manage your money? You probably think it is a privilege to meet them. They certainly think so.

As if the Foreign minister's appalling misdemeanour in the office is not enough, the former Vice-President Kalonzo Musyoka tells us of how Kirubi and other billionaires persuaded him to join President Mwai Kibaki's government to prop up his then "illegally" sworn-in government at a time the country was burning.

Shocking but not surprising that they will approach Kalonzo to isolate the man who could do most to calm the then quickly escalating clashes.

It speaks volumes of not only the debased desires of our businessmen but their comfort to go to bed with our politicians to secure their interest.

We all know the country was burning because of the age-old stranglehold of the economy against the wellbeing of the majority peasant class by the politicians and their billionaire friends.

At a time, the country needed them most, their utmost priorities were their properties. How to increase their monopoly and prop up the man who made them billionaires at the expense of the suffering majority.

Not a single aspiring leader has troubled to shine a light on such a depressing mismatch between our challenges as a country and the individualistic approach by a few greedy people to confront them.

Kirubi was accused of fleecing Uchumi Supermarket and running it down.

[Chief magistrate Gilbert Mutembei in May 2011 acquitted the industrialist and the co-accused, ruling that they had no case to answer on the charge of conspiracy to defraud Uchumi by irregularly selling a prime property in Nairobi to some investors for Sh147 million].

As a result, thousands of already struggling Kenyans lost their jobs and most their future.

Toiling hard to rise from the depth of penury is a Kenyan hallmark but this collapse of a public entity allegedly by a private billionaire sunk them further into the depth of despair.

Not a single government official addressed their plight let alone punish the perpetrators. Kirubi was feted by government functionaries and died in luxury but the more than 6,000 workers and their families who lost their livelihoods?

What does that say about us as a country? Kenya requires advocates of a much bigger and bolder progressive programme than currently lining up to take the mantle of leadership.

Haji is a financial law PhD student in the UK