She had been representing Tanzania at UN, AU, SADC and EAC meetings held outside the country

• Magufuli skipped the 21st EAC Ordinary Summit, in which he was represented by Suluhu, who was then vice president.

• This is a role Magufuli almost entirely delegated to Suluhu, she said on Monday. 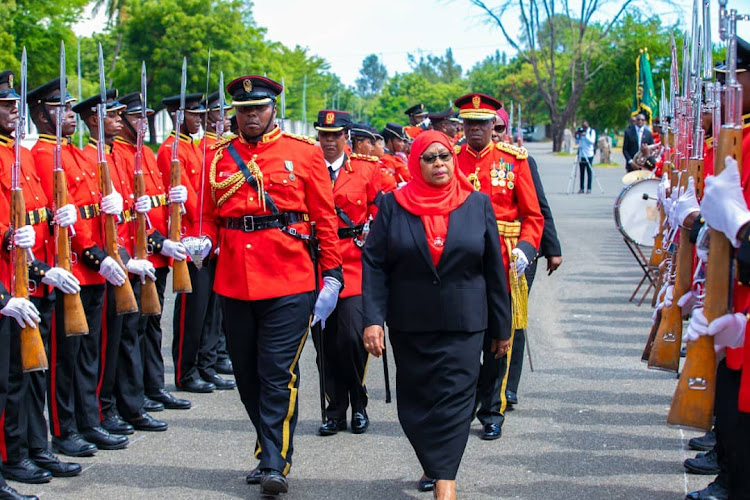 It is not contested that Magufuli didn’t travel much, his successor, President Suluhu Hassan said as much in her speech during the funeral service on Monday. What is, however, contested is that he promoted regional integration, particularly within the EAC.

Magufuli skipped the 21st EAC Ordinary Summit, in which he was represented by Suluhu, who was then vice president. This is a role Magufuli almost entirely delegated to Suluhu, she said on Monday.

She represented Tanzania at UN, AU, SADC and EAC meetings held outside the country, a move that helped her engage and relate with international regional leaders.

This, she said, provided her with immense international exposure, a factor that could influence how she handles foreign policy going forward.

She, however, defended Magufuli’s record in regional integration, largely in the SADC region. So what will be her foreign policy towards the EAC?

President Suluhu committed to pay in kind the good that Tanzanian neighbours demonstrated during the mourning of their leader. It is important to note here that other than being the only head of state from the EAC to attend the funeral service, President Uhuru Kenyatta earlier led all heads of arms of government to pay respects to Magufuli at the Tanzania High Commission in Nairobi.

“We will enhance and promote our relations with our neighbours. Tanzania will continue to be a good neighbour and an important ally in regional and international cooperation. Our ties will continue to be good and even get better under my leadership,” President Suluhu said.

Ado Shaibu, secretary general of ACT Wazalendo, told the Star in a previous interview that Suluhu, being a liberal, might not be “punchy” as the nationalist Magufuli and thus likely to restore relations between Tanzania and Kenya and with the EAC by extension.

Notably, her liberal approach to politics was clear when in November 2017 she visited Magufuli critic Tundu Lissu in The Nairobi Hospital after he survived an assassination attempt.

“Her visit was symbolic because it sent a message of goodwill. It was an attempt to bridge the growing antagonism between the government and the opposition.

“Her candour and grace as she leaned in to speak to Lissu on his hospital bed reminded Tanzanians of the value of humanity and the true spirit of Tanzanian camaraderie,” writes Nicodemus Minde, a PhD fellow at United States International University, in The Conversation.

Minde describes Suluhu as compassionate, rational and calm—attributes that are a far departure from her previous boss.

This could have been the character in her that led President Jakaya Kikwete to appoint her Minister of State in charge of Union Affairs between the mainland and Zanzibar in 2014.

“Hassan’s international exposure could offer her the kind of worldview that is required to put Tanzania back on the diplomatic map. In her address after being sworn in as president on 19 March 2021, she spoke on the need to bury differences and show solidarity as a nation,” Minde says.