• Reacting to a story published by the Star, Ambassador Jean Bosco Barege said the President had decided to participate but DRC in Geneva abstained in the vote for the renewal of mandate of the Commission of Inquiry on Burundi.

•  “Gitega was livid,” Barege said in a message. 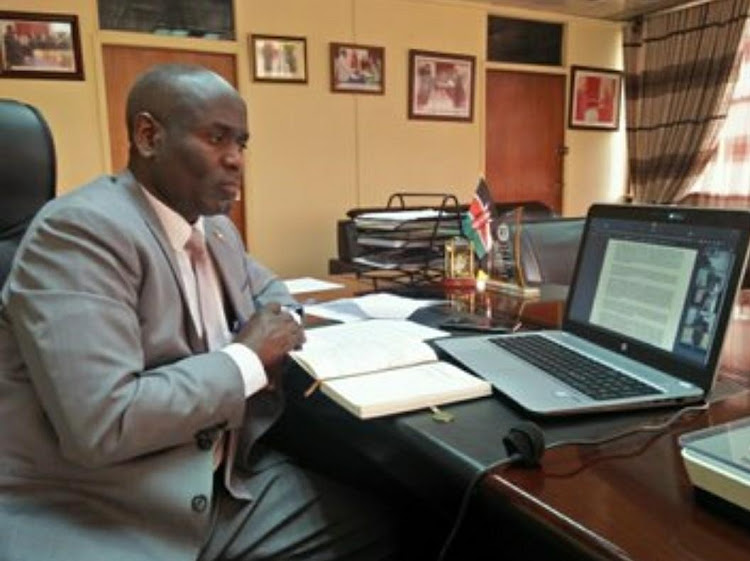 Burundi didn’t participate because it prefers finishing bilateral talks with DRC and Rwanda instead of photo opportunity, the country’s ambassador to Kenya has said.

Reacting to a story published by the Star, Ambassador Jean Bosco Barege further added that President Évariste Ndayishimiye had decided to participate but DRC in Geneva abstained in the vote for the renewal of mandate of the Commission of Inquiry on Burundi.

“Gitega was livid,” Barege said in a message.

“ Burundi asked under which legal mechanism was the summit being organised. AU, EAC or ICGLR. Why not invite countries like Tanzania?” he posed.

DRC in mid-September postponed the Great Lakes Region Heads of State mini-summit scheduled for September 17 in Goma, saying it was due to due to Covid-19 constraints. It rescheduled the meeting to October 7.

It, however, emerged that Burundi had pulled out of the meeting, saying it preferred first to engage in bilateral talks with the DRC.

It, however, didn’t attend the meeting on October 7.

While the ICGLR comprises Burundi, DRC, Kenya, Malawi, Rwanda, Tanzania and Uganda, the mini-summit was to bring together leaders of DRC, Uganda, Rwanda, Burundi, and Angola to discuss insecurity in eastern DR Congo and in the region.

Burundi President Ndayishimiye hosted a delegation from DRC for diplomatic talks on October 4-5 on his invitation. This was part of the Second Session of the Bilateral Ministerial Consultation on Peace and Security.

Foreign Affairs minister Marie Tumba Nzeza, who led the DRC delegation, said the meeting was the realisation of the will of the respective presidents.

A communique issued on October 5 indicated among the recommendations made were to establish an MoU on strengthening and maintenance of peace and security on the border, develop a framework for exchange of information between the administrative authorities of the two countries and initiate regular meetings of security and administrative authorities of the border provinces of Burundi and DR Congo.

The Great Lakes region has had peace and security problems, culminating into diplomatic hostilities
Siasa
9 months ago