It all started when Harmonize threw shade on Rayvanny's booze songs 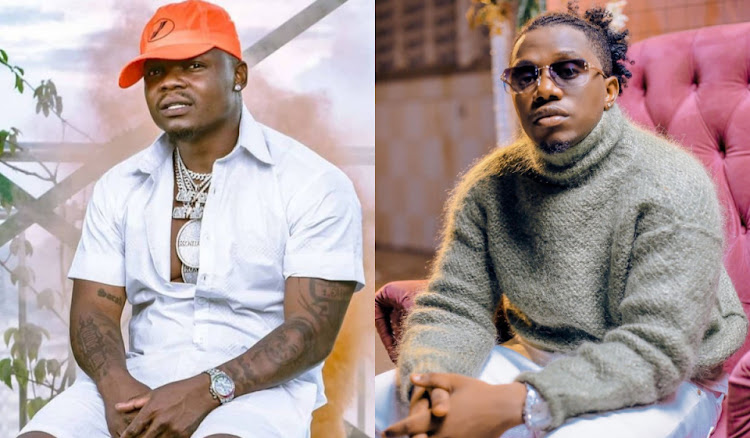 Former WCB signees Harmonize and Rayvanny are at loggerheads.

Rayvanny blasted Harmonize, claiming he is jealous as he had no hit song on alcohol.

Later, Harmonize responded by saying Rayvanny is stuck to Wasafi despite leaving the label months ago.

An angry Rayvanny hit back, saying Harmonize is not his match, pointing out that he even wrote verses for him in a song they did together.

"Speaking about songs, on 'Paranawe' I wrote your entire verse for you and on the 'Birthday' song I gave you like 90 per cent of the content," he said.

Rayvanny officially parted ways with Diamond Platnumz-owned record label WCB Wasafi in July 2022, while Harmonize left it back in 2019.

Post a comment
WATCH: The latest videos from the Star
by ELIZABETH NGIGI Lifestyle, Entertainment Journalist
Word Is
18 January 2023 - 05:00
Read The E-Paper