They started off with issues but have 'grown up' 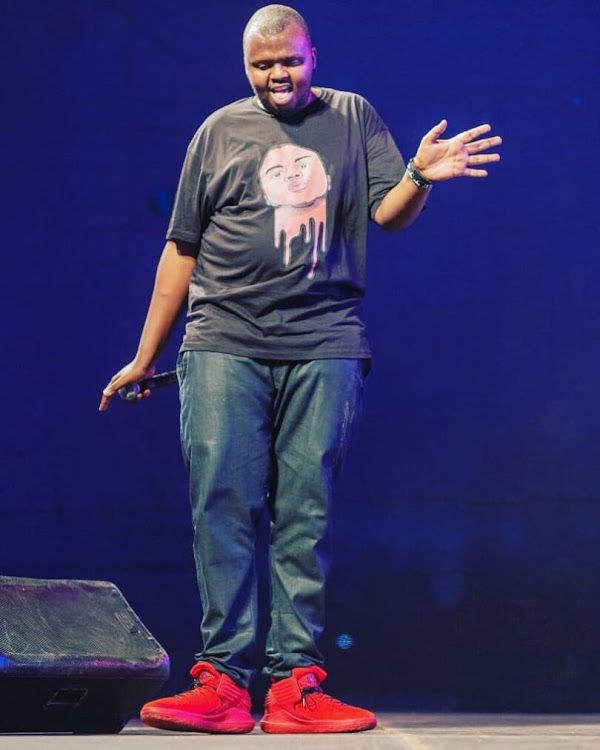 Gengetone artiste Mejja has explained why he intentionally wants to be present in his children's lives.

He is a father of two with different women.

Speaking in a new episode of the Iko Nini podcast, the 'Kanairo dating' hitmaker said growing up, he wanted an ideal family but life happened.

"I'm not the best dad but I try as much as possible to be in their lives," he said.

"That's why I cannot say I'm the best dad, but apart from that, I pay child support."

Mejja said he would wish for his children to be raised by both parents in a complete family setup.

"Picking up your child and returning them to the mum after visitation, it makes me feel like I am not the best dad," he said.

Mejja explained that being raised by a single-parent family makes him feel like a failure.

"I remember seeing my neighbour, who used to go to church with his family, and I admired that kind of a family," he said.

"If you grew up in a single-parent home, you find you want a stable family, but when you end up the same way like your parents, you feel disappointed."

Mejja spoke about his deadbeat dad, revealing that he has only met him once.

"There was no relationship there with him. I was in Form 4 at the time. I had never seen him before that and I had no memory of him," he said, adding that he later died.

Mejja has praised his baby mamas for making parenting easy.

"What has helped our co-parenting is that my baby mamas are not dramatic. Of course, there are little bits here and there, especially when we started off co-parenting, but we have grown up."

In a previous interview, Mejja said growing up without a father figure was a big challenge for him, something that has shaped his future decisions with his future kids.

"I faced so many challenges in my childhood, which would have been easy if my father was there to advise, but I had to face it on my own."

He described his mum as his greatest inspiration.

"I would find her crying in the house and she would act like nothing was wrong," he said.

Once you announce your woman, that relationship won't last, he said
Sasa
4 weeks ago

Gengetone artistes are 'promoting vices' instead of inspiring posterity
Sasa
4 months ago
Post a comment
WATCH: The latest videos from the Star
by ELIZABETH NGIGI Lifestyle, Entertainment Journalist
Word Is
17 November 2022 - 05:05
Read The E-Paper