It’s better than bringing up a child in a toxic environment. 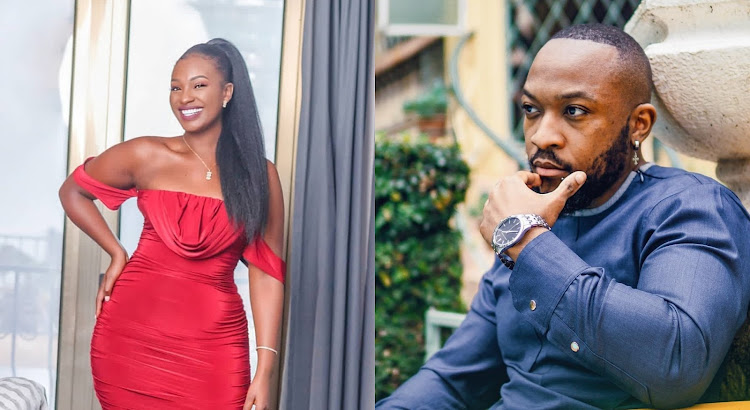 YouTuber Maureen Waititu and her baby daddy Frankie have been the talk of the town since their bitter separation a year ago.

Their ugly fight seems to escalate day by the day in an age where many separated couples are opting for co-parenting.

However, while co-parenting seems to work for some, others find it tough.

Last Saturday Maureen called out Frankie for not providing for his two children after he allegedly accused her of denying him access to them.

She said Frankie threw her out of the home she was living in with the children on August 10 and has not been providing for them ever since.

Frankie says Maureen was a girlfriend and not a wife.

Anyhow, they are not the only celebrity couples who are co-parenting.

It’s a better option than bringing up a child in a toxic environment.

Media personality Terryanne Chebet, in her YouTube channel, admitted she once played the game some angry spouses are hell-bent on playing, which is using your child to manipulate the ex.

She addressed a question from a fan who wanted to know how she made co-parenting work.

Chebet admitted that it wasn’t easy at the beginning, perhaps because of the deep issues between she and the ex.

She advised that fighting fire with fire only puts children in the middle and makes them victims of the parents' dispute.

"It’s easy to co-parent, but I don’t think it’s 100 per cent easy. But it had to get to a place where we put the child first. I always say you don’t have to be best friends with your co-parent," she said.

"Have a cordial relationship that they can call and talk to the child or pick the child."

Betty Kyallo was also in a tough tussle with her former husband, Dennis Okari, and at one time said she was all her daughter had.

She affirmed that she and Okari do not co-parent during a Q&A session on Instagram.

A fan asked, “How do you co-parent? Do you have a formal system or schedule?” To which she replied, "I’m a single parent."

The two have since managed to make co-parenting work. Okari was even invited to his daughter's birthday party at Betty's house this year.

Tanasha Donna and her former Tanzanian sweetheart, Diamond Platnumz, arealso struggling to raise their son after they separated in February this year.

Tanasha has in many interviews said she is raising her son alone.

Robert Burale and his baby mama are raising their daughter Lexie peacefully even as they go about their lives.

Terence Creative has been accused by his baby mama Njambi Waneta of being an on-and-off father to their two daughters.

Singer Juliani and his ex, Brenda, are co-parenting their daughter.

Juliani said in a past interview that Brenda has made sure that he and their child have a connection and a father-daughter relationship.

Paul Kuria, aka Man Kush, told the Star that marital counselling is important for all young people before they enter into marriage.

"The best way to co-parent if a marriage fails is to do it silently without involving social media," he said.

He said social media will be the downfall of many young marriages.

"Did you see Joseph from the Bible announcing to people that his wife Mary's pregnancy was not his?" he said.

"Wisdom is lacking as most of them think that by exposing each other on social media, they will get a huge following to earn more money.

"Raise your kids silently, whether you are together or have separated."