You no longer get a girl with 'zero mileage', he said 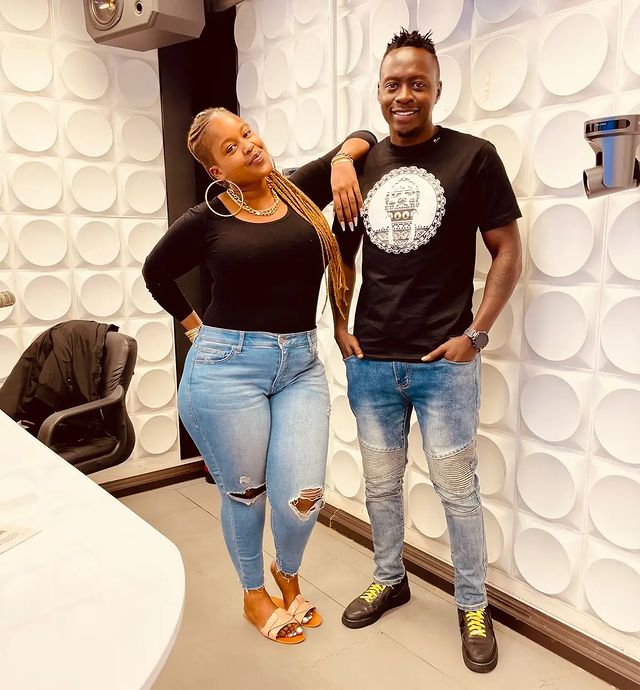 Kiss FM presenter Obinna is against dowry for women.

Obinna was reacting to a video where a man gifted his woman's parents with a herd of cows.

"This is such a noble thing to do," Kamene said.

But Obinna said the current generation is not worth any dowry.

"The things y'all girls do. Everybody, Gen Z, and some of the millennial, bride price in a no-go zone," he said.

"Most of you are not grounded. Behaviour, respect, is just not there."

Obinna added that most women indulge in sexual behaviours even before marriage.

"Do you know back in the day, when you paid the bride price, you found zero mileage? Right now, it's a brand new secondhand," Obinna said.

In the past, Kamene said she will not be putting a price on her herself.

"For me, the spirit of dowry was a great thing for women traditionally. It was founded on something sincere, it was an appreciation to the lady's parents," she said.

"It's not an exchange. I would never put a price on myself."

Kamene said when she was a kid, she'd fantasise about it but not anymore.

"What is important is to find someone who loves and respects you enough to consider paying your dowry."

At the time, Obinna added that dowry had become an exchange of goods and services.

A few weeks ago, Obinna also said that women with tattoos and piercings are not wife material.

"A woman who has tattoos isn't wife material, she is devilish," he said.

"You haven't heard that if you have a tattoo, hauingi mbinguni? Vitu kama hizo."

Kamene, who has tattoos, then asked him if, following his logic, whether his opinion disqualified her from being a wife material.

"Forget that I am a nice woman, financially stable, highly educated," Kamene said.

Obinna stood firm with his opinion.

"You draw a lion tattoo when you're younger, it looks like a sleeping lion when you start ageing," he said.

Says having children is his perfect idea of happiness.
News
1 month ago

Women with tattoos, piercings are not wife material — Obinna

It's devilish and barrier to heaven, he said, but Kamene called it expression
Sasa
3 months ago
Post a comment
WATCH: The latest videos from the Star
by ELIZABETH NGIGI Lifestyle, Entertainment Journalist
Word Is
08 November 2022 - 00:05
Read The E-Paper