She hit back at Mulamwah, said he assaulted her and neglects child 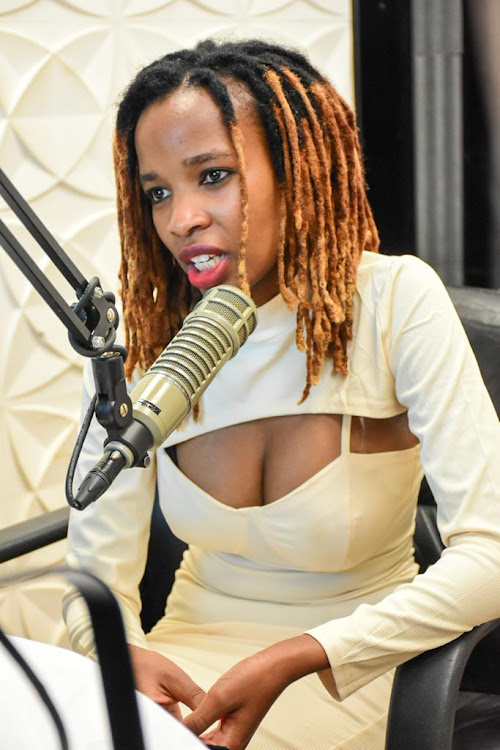 Speaking in an Insta-live on Monday, Muthoni said the man her baby daddy Mulamwah linked her to is her pastor.

"My parents have raised me well. I want what is good and I have my own principles, and I know what is right and what is wrong," she said.

"Whoever was posted, his name is Pastor Eric Bingez. He's a pastor of mine, he's a friend of mine. He's a counsellor; I would say together with his beautiful wife Evelyne, they are my friend."

Muthoni said Pastor Eric and his wife are close friends to her.

"I reached out to Pastor Eric when I was suicidal and I was tired with life and I was messed up, and I said, let me talk to someone, and the person I could talk to that time was Pastor Eric," she said.

"I called him, explained, and thank God, he was seeing everything that was happening on social media, and I told him personally, I’m tired and done with life.

During the live video, Caroline Muthoni alleged that Mulamwah physically assaulted her when they were dating, adding that the comedian has neglected his child.

Mulamwah bitterly called out Muthoni on Monday, alleging that she was dating a married man.

He shared photos of his baby mama with the alleged man online.

A few minutes later, Mulamwah said his life is in danger.

Word Is reached out to the couple but they did not pick calls.