She started a foundation to help kids who lost their mums 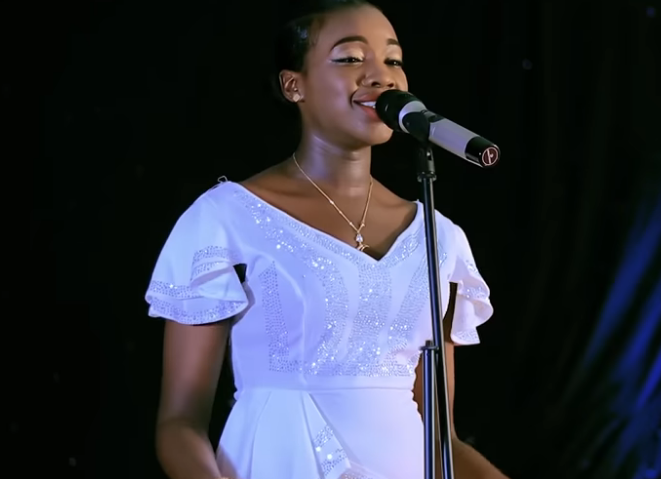 Singer Angela Chibalonza's daughter Wonder says her mum left when she needed her love the most.

Chibalonza died and left her daughter with husband pastor Elisha Muliri while she was nine months old and still breastfeeding.

Chibalonza died 15 years ago in an accident on the Nakuru-Nairobi Highway after performing at Egerton University.

Speaking during the launch of Chibalonza's Foundation, Wonder celebrated her mum for being impactful to the society.

She started a foundation with the help of her dad to help to help kids who were left by their mums.

"I want to thank all of you who came to this event to commemorate the good work my late mum did," she said.

Wonder explained that her mother was loved by people because of her singing talent.

"Many people were blessed by her songs. Until today, her songs are a blessing to people," she said.

As the only child of the late Chibalonza, Wonder shared how tough life was when she lost her mum, adding that she didn't have any breast milk, so she cried day and night.

"I do not have any of her memory apart from the videos and her photos," she said.

"To say the truth, there is no one who wants to be motherless. Even adults when they see their mum go through struggle, their prayer to God is to heal them.

"There is nobody who wants to see their mum die even when they are old."

Wonder thanked her dad for raising her, adding that at some point, he almost gave up his ministry.

"It was hard for my dad to accept that his wife had died and left him with a young child," she said.

"My dad could not understand why God took his wife, yet she was serving Him together."

I lived at Chibalonza's till her death, says Solomon Mkubwa

He was her protégé and curtain-raiser
Sasa
1 year ago
by ELIZABETH NGIGI Lifestyle, Entertainment Journalist
Word Is
17 May 2022 - 00:00