He had to pamper artistes and keep sponsors happy

• Jalang'o further said that singer Akothee was the most paid artiste 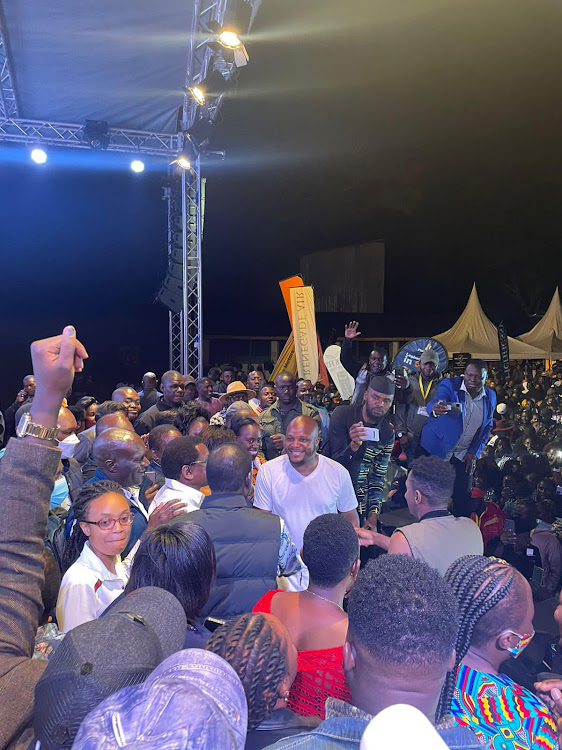 Comedian Jalang'o says it cost him Sh10 million to set up the Luo Festival event that went down at the Ngong Racecourse on Saturday evening.

"To set this event easily would cost you Sh10 million because we have 10 bands, the sounds systems, stage, grounds, artiste payments, security... It's crazy, but we have enough sponsors," Jalang'o said.

"It has been four days since I slept. You have to make the sponsors happy. Make sure you give them the right ambiance, everything that you promised."

Jalang'o further said singer Akothee was the most paid artiste.

Jalang'o said he was perplexed by the expensive demands from the self-declared President of Single Mothers.

"Every artiste has their own requirements, so if all the artiste had required a tent, bedroom, any of them would have got what they asked for," he said.

Akothee previously said she does not take less than Sh1 million to perform on stage.

"Some artistes collect petty cash for performance, curtain-raising for artistes from outside the country in the name of being given a platform," she said.

"In Kenya, if you are a promoter and you don't have one million, don't call my manager. For me, I am selling a brand."

The security, Jalang'o said, was beefed up with 150 bouncers, 40 armed policemen and 60 armed Maasais.