Khaligraph does not mind curtain-raising

So long as he is paid, he is not keen on who performs when 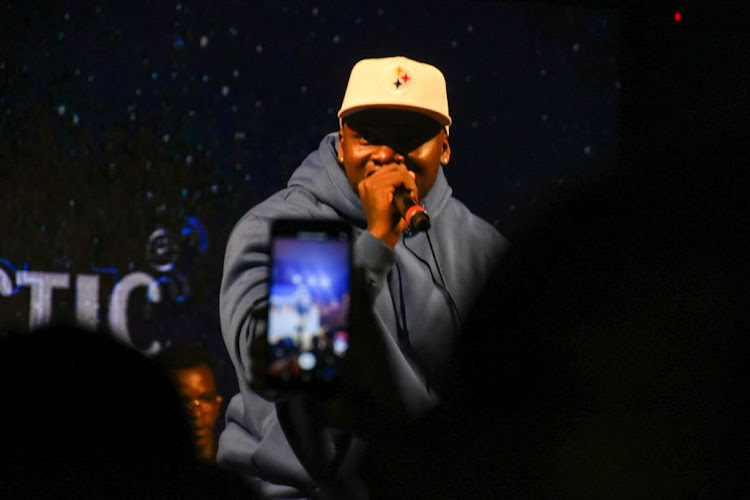 Brian Ouko Omollo aka Khaligraph Jones is releasing the 4th edition of Khali Cartel. The rapper shared a video with armed security guards on Instagram and wrote, “Afrocinema next week is gonna be fire.”

Speaking to Word Is on Sunday, the rapper said, "I have been shooting for the past three days, it is not a song but a movie. It is not part of the album."

The ‘Mazishi’ hitmaker also said he wouldn’t mind curtain-raising for any artiste. His response comes days after a debate about Kenyan artistes not being a priority when an international artiste comes to the country.

"If that is the case then I have been curtain-raising for Bahati and whoever. If you call me for a show I would tell you to put me first so I can finish and go home, leaving others to fight,” he said.

Adding, “The event organiser allocates time, it is not about curtain-raising. As long as I am paid, I will finish the show and go home.

"Which country in Africa would you say is ahead of Kenya in music? Don't count Nigeria, it has a population of 200 million. It is because we have a culture of demeaning artistes."

Asked about a video that showed him consuming a powder-like substance at the gym, the rapper denied it was drugs.

"Those are just supplements people take, they are just refined foods that can get into the system fast," he said.

"If I want to take proteins, I can take a protein shake instead of going to cook. They are not drugs or steroids. I have not used steroids."

Jones is set to release an album called 'Invisible Currency.' His previous album was the hit project 'Testimony 1990'.

Hiring Akothee will cost you Sh1m