She said he was violent, he said she abandoned baby

• A year after they broke up, their differences are playing out in the media 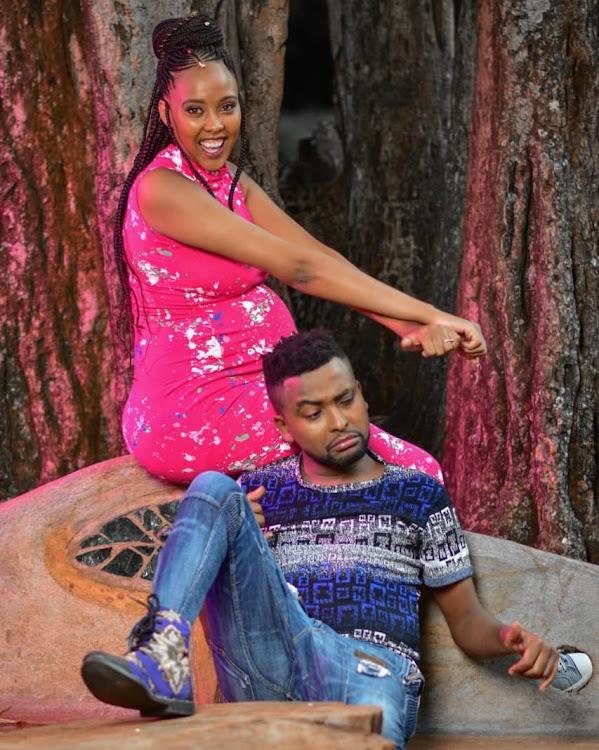 Comedian Shaniqwa's baby mama Naomi Jemutai, aka Mkale Msungu, has denied claims she left him at his lowest moments.

Shaniqwa, in an interview with Jeff Kuria, said his now ex wasn't there for him and their child after he lost his job.

He further claimed that after helping her secure a job, she started cheating on him and went to live in Ruiru with another man.

"But, when her job started picking, life became even worse. My wife started cheating on me. She started dating another guy and would leave me with the baby."

He said she left their son and has never come back. "She has not come to see the baby for over seven months."

Speaking to Citizen Digital, Mkale Msungu confirmed to have separated for a year now. She said things got tough two months after giving birth to their son, admitting they were broke.

"I was staying with my son and used to take care of him on my own and he never helped me but I never came out to expose him as a deadbeat dad," she said.

"There's a time I couldn't afford to pay rent and asked him to help me take care of our son then when things pick up, I'll take him back," she said.

On whether she cheated on Shaniqwa, she said she found him cheating several times even before he lost his job at KTN.

"Every time I would confront him, he would beat me. My friends knew about it and at times would go to work with a black eye or marks on my body and would wear a hoody to hide them. It got to a point I said enough is enough and left with my kid."

Mkale Msungu also denied claims she moved in with another man in Ruiru and said she went to a female friend's place, who hosted her for seven months before getting back on her feet.

The mum of one disclosed that Shaniqwa has never met her parents and that they were never married.

"My mum told me you guys, you were just dating and not married. She said she felt so bad him referring to me as his wife yet he has never paid dowry."

He laughed when asked the last time he paid school fees

Cashy hints that Khaligraph Jones is a deadbeat

She took to Instagram to celebrate after the curfew was lifted, saying the rapper will now afford to support his child.