They’d have killed me, says Ainea after shooting drama

Thugs also had a gun, shot back after flopped bid to steal Sh400k chain 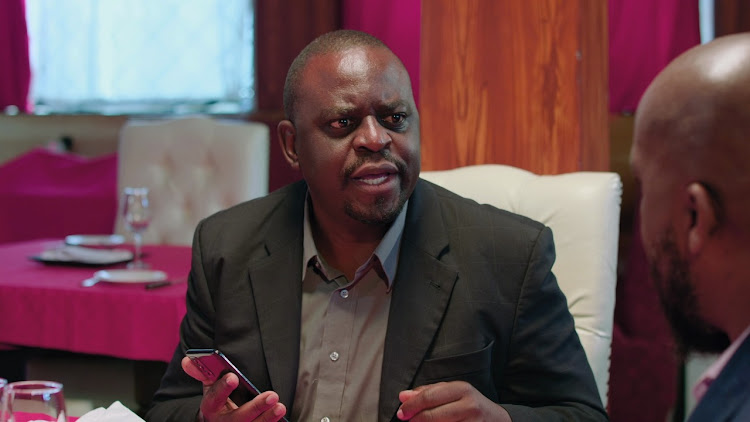 Veteran actor Ainea Ojiambo says he would have been killed had he not fired his gun in self-defence during an attempted mugging in the CBD earlier this year.

In the incident, which went viral in April, Ainea drew his pistol and shot at the thugs, who wanted to steal his Sh400,000 gold chain.

A police officer said Ainea fired two bullets, which missed his targets and instead hit two other people.

Speaking to Buzz on YouTube, Ainea said the matter is still under investigation.

"It was just thugs who thought I was a soft guy and they were attacking me. Naturally, I had to protect myself," he said.

"If I wouldn’t protect myself, they would have taken my gun away, shot me and we would be having one bad gun in the hands of bad people. What most people don't know is that they also had a gun and they shot back."

"The matter is being looked into for now."

His pistol was taken away for forensic analysis. The incident highlighted a growing concern over rising incidents of violent crimes that are creeping back to the city in recent months.

In the interview, Ainea also talked about his love for gold.

"I love gold because when I was young, that’s when I came across gold. I used to put in some ivory and the first gold chain I bought, I was conned," he said.

"I bought from the streets for Sh20,000 and when I took a shower, it became silver. And from that time, I decided when I want gold, I go to the goldsmith, and that’s where I go to buy all my gold," he said.

He went ahead to disclose that he wears jewellery worth more than Sh1 million.

"That chain they wanted to rob me of is worth Sh400,000. When I walk out, what I have on me is more than Sh1 million: the chains, bracelets, rings."

Ainea explained how much his jewellery is worth.

"People invest in gold, why? I can put the money in land but now look the way property has gone down, and in case there is a problem, you cannot run with your land. When you go out, gold has only two languages: how many grams and the karats."

Ainea is best known for the roles in the films 'The Constant Gardener', 'Bullion' and 'Jack Zollo: My Life in Crime'.

‘My precious’: Women’s obsession with jewellery

Ainea Ojiambo was shooting at his attackers but missed target, the bullets hit a watchman and a bystander
News
7 months ago
The rise and fall of Sonko, the Matatu King
by ELIZABETH NGIGI Lifestyle, Entertainment Journalist
Word Is
02 September 2021 - 00:05