AFTER THREATS AND PRESSURE 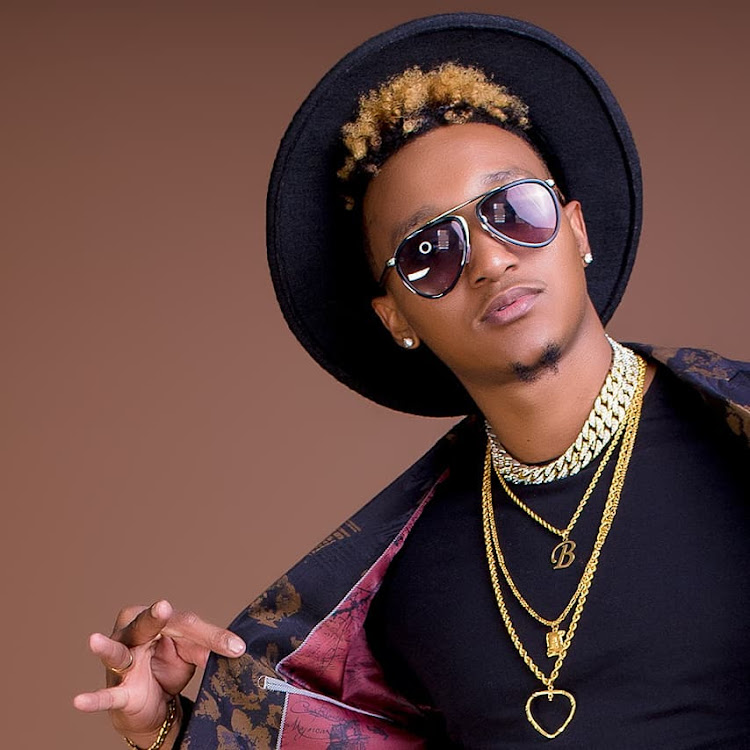 Singer Brown Mauzo has been accused of being a negligent father by his baby mama and alleged first wife Fatma.

Mauzo and Fatma have a daughter together, Lareesa, who turned a year old in April.

During a Q and A session with her fans on Instagram, Fatma used Lareesa's account to respond to questions directed at her.

One of her followers asked if Mauzo was supporting their daughter.

"He does not support her unless I write a paragraph. I get Sh1,500 some months and also two months ago after threats is when he decided to buy her clothes," she said.

Word Is reached out to Mauzo but he did not pick the call.

Asked the last time the singer saw their daughter, Fatma said it has been nine months.

"Two months ago he saw her unwillingly. It was after I asked him to because our daughter kept saying 'papa'."

Another fan asked Fatma if she likes his new wife Vera Sidika and she said she doesn't know her.

"I cannot lie and say I do. I don't know her to judge her on a personal level. All I know is she is going to be a mother and that's every woman's joy."

Asked if she divorced Mauzo because he cheated on her with Vera, the mother of one said:

"As much as I'd call it cheating, I can't blame a woman for a man's mess."

Vera: I'm not a hubby snatcher

Asked if she still loves Mauzo, Fatma said no.

Recently, through their daughter's Instagram, Fatma said she is still legally married to Mauzo and referred to Vera as Nyumba Ndogo, which can loosely be translated to as the second wife.

"For those asking, yes, he is still my mother’s husband (legally), so Vera is nyumba ndogo."

Mauzo and Vera are expecting their first child together.

She wants to slay in the delivery room, has no time for pain or negativity
Sasa
3 months ago
Are ‘home wreckers’ to blame for men straying?
by ELIZABETH NGIGI Lifestyle, Entertainment Journalist
Word Is
01 September 2021 - 06:05