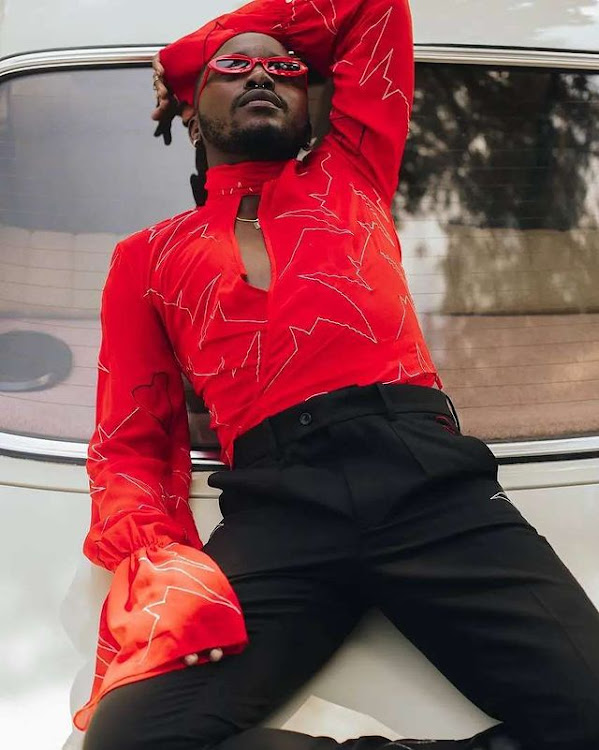 Sauti Sol's Willis Chimano, whose sexuality has been debated for years, says he found his first crush different since he was different.

The Sauti Sol member spoke about his love life in a recent interview with Wabosha Maxine on her podcast series, 'Letter to my younger self'.

"It was different because I was different. I will keep it at that. What I liked was not necessarily what most people liked. As a teenager that is when I realised that and I said 'cool'," he said.

Wabosha then asked him what advice he would give someone in his situation?

"You are amazing and that there is nothing wrong with you. If anyone tells you otherwise, you tell them that that is a they problem and not a you problem. You will go through emotional turmoil," he said.

"It isn't world war three. People will say a lot of things but stand your ground and be happy. You're going to be okay. Also be careful. We are still in a place where such support can be far and far between."

Chimano added that one needs to lead by being amazing at whatever they do.

"You almost don't have a space to fail. Let your feelings flow. Aim for excellence for even your peace of mind. You fight with so much of what society is. Even how do you talk, how do you? It's such an ongoing fight. People don't let people be. Opinions evolve over time in society."

Chimano said he discovered he was different at the age of nine.

"I was not as playful or as talkative as the other kids on the playground. To an extent, my folks were over-protective of me. I was very polite. I used to love seating and reading. I had a drawing book where I would draw houses I wanted to live in," he said.

He explained that he believed that society was evolving to better understand people who are different.

"I find even the term different from the norm, problematic. This is just a human being with his own wiring. Born in his own way. By the time they grow up, they are unlearning. I still have to fight so many superstitions in my head," he said.

Day Bien lost his teeth in an accident

He was crossing the road when he got hit by a car
Sasa
5 months ago
by ELIZABETH NGIGI Lifestyle, Entertainment Journalist
Word Is
30 August 2021 - 07:35