I cried for days after some scenes — ‘Selina’

• Celestine says she has made sacrifices of her own, like no longer being able to go to certain places freely without a fan following her or grabbing her 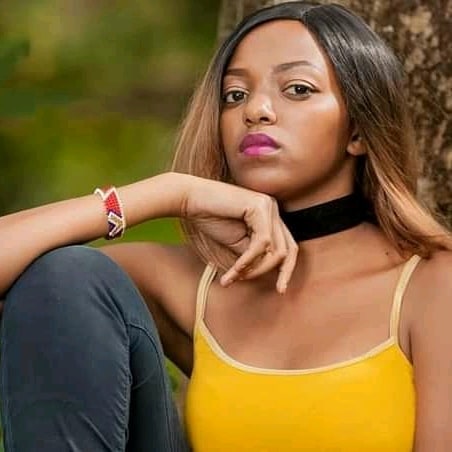 Actress Celestine Gachuhi has had to make a lot of sacrifices both for herself and her character, Selina, in the hit Swahili telenovela by the same name.

Her character Selina has always given parts of herself to other people and sees the best in others even when they let her down over and over.

In real life, Celestine has made sacrifices of her own, like no longer being able to go to certain places freely without a fan following her or grabbing her.

“Sometimes it’s too late when I notice them. Like say I’m in a supermarket and it hits me that someone’s been following me for a while. That's scary because when I’m running my own errands, I don’t think that I’m Selina.”

With this lead role, she said she had to put school on hold.

“I can’t do this as a part-time job. This is what I do from Monday to Saturday. I’ve had to turn people down when they ask to meet on Sunday because that's when I can rest and do my stuff.”

She also hasn’t taken a proper vacation since Selina began production in 2017.

But such things come with playing one of Kenya’s most beloved and prominent characters for three years, especially in a show that has remained the most-watched on Maisha Magic East and maintained its spot in the top 10 most-watched shows on Showmax in Kenya since it premiered in 2018.

Currently in its sixth season (all six seasons are on Showmax), Selina follows the tortuous romance between two star-crossed lovers, played by Celestine and Pascal Tokodi.

Selina has catapulted her to fame and earned her two consecutive Kalasha Awards nominations for Best Actress.

She admits that the show has made her a much better actor, especially since her character demands so much range from her emotionally.

“As an actor, you need to be diverse. And Selina has many up and down moments. It has really enhanced how I view my acting, knowing I need to do better and better.”

But some scenes have broken her, so much so that she cried for days after filming was done.

She recalls a particular scene in season 2, where she’s being kicked out of the Mackenzie house.

“I felt so angry at Selina because I couldn’t understand why she was still letting this family (the Mackenzies) do this to her.”

Celestine has learnt to cope with these heavier episodes by leaning on the people she loves.

“I call the people I love, and talking to them makes me come back from that place. But sometimes, I just sit silently in my own space, not thinking about anything.”

She hopes to begin her singing career once Selina ends.

“That ('Nena Nami') was my starting point. I took a break but I'm coming back very soon.”

All episodes of Selina are available on Showmax.