Why Mukiri stayed in a toxic relationship 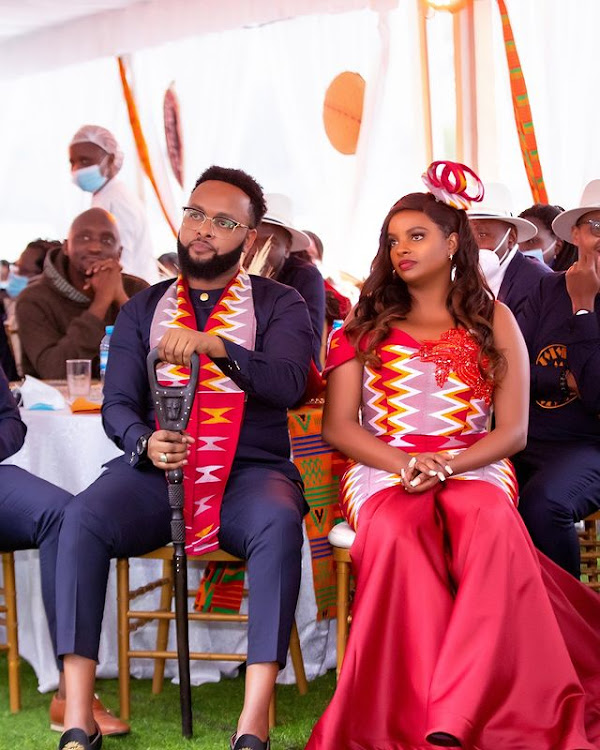 Former Inooro TV presenter Muthoni Mukiri says she settled in a toxic relationship since she wanted to be married by the age of 30 years.

The YouTuber, who recently held a traditional wedding, shared tips on how women can get themselves a good man.

"In my late 30s, I was staying in a relationship with someone toxic," she said.

"There was this one time I was very desperate, and I was driving with my friend Teacher Wanjiku, and I broke down.

"I told her I wanted what she had, a husband to go home to, and she was shocked because she thought I was having a good life because she saw I could take vacations by myself."

Muthoni said women find themselves in bad relationships because they are scared of being alone or because of biological or societal pressure.

She encouraged women to work on themselves.

At some point, Muthoni said breakups made her doubt her self-worth and to some extent, she even thought she was bewitched.

"My breakup made me feel like a failure. I never thought I would recover from that. I was mad at everyone and would get constant headaches," she said.

"Sometimes we get into chaotic relationships and only realise so after breaking up. I thought I would never date again and that I was done with men."

She said she dated a narcissist who would stalk her, tap her phone among many other cruel things. So bad was the relationship that she had to undergo therapy to get over it.

Narrating how she met her man Isaac Ng'ang'a, Muthoni said they were both in a chama's party.

"We were at a party. He was somewhere quiet and under the shade. I didn't think much about him then," she said.

"There were some lights above us and we were just having fun. Eventually, Isaac came over and said he had been watching over me from the far end. The rest is history."

You can be in a toxic relationship that is not entirely abusive.
Sasa
11 months ago
How I came to know we all love weddings
by ELIZABETH NGIGI Lifestyle, Entertainment Journalist
Word Is
04 August 2021 - 06:45