He'll work with Trio Mio, Nelly the Goon and Habib on the project

• Singers want to pay tribute to the star, who died in a road accident in 2003 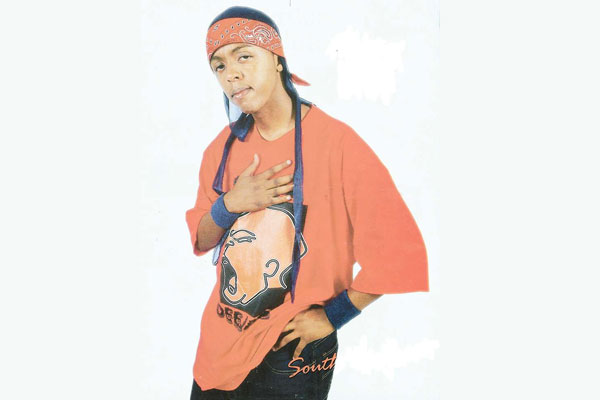 Nameless is collaborating with Trio Mio, Nelly the Goon and Habib to honour Kenyan legend E-Sir. Nameless revealed this on his reality show ‘This Love’, while in a studio session with the three.

Nelly said, “I have written this song for like two years. I needed to do this for a legend that has done it for the music, he inspired me so much, he needs to be taken as the legend he is.”

Wahu, who had accompanied her husband, added, “It is an interesting song because it bigs up E-Sir and I like that idea.”

In the reality show, Nameless and Wahu also visited E-Sir’s grave-site together with Talia Oyando, Mr Lenny, Nonini and other celebrated personalities.

“Episode seven of ‘This Love’ is heavy for us as we remember a friend and a legend forever in our hearts," Wahu wrote.

Real name Issah Mmari, E-Sir died on March 16, 2003, in an accident along the Nairobi-Nakuru highway on his way back to Nairobi from a concert in Nakuru. He was accompanied by Nameless.

“E-Sir looks through and tells us, look at that lake, it's so beautiful and it has some pink reflection. Then we all look at the lake and we are like, that's so nice."

Nameless narrated the occasions before the accident.

"When the driver was looking, he was swerving away from the centre and couldn’t get control of the car and it started flipping.”

Wahu remembered being in her apartment, making breakfast, when she received the news. She drove to Nakuru, where Nameless was admitted, and the sad news was confirmed to her that E-Sir was no more.

Habib (E-Sir's brother) says Big Pin was the one who broke the news to the family.

Maina Kageni was on air. "I was doing a show on Kiss FM and Lucas from Ogopa DJs and he was crying. He said E-Sir is dead. I went to E-Sir's place and he told me it was an accident."

Maina added that, "As he was telling it to me, we were playing Kiss FM and at that moment, the station was automated and 'Mos Mos' came on to the radio and Lucas broke down and cried like a baby. I have never listened to Mos Mos the same again."

Maina said despite E-Sir dying at a young age, he lived the life of a hundred million people in a short span of time.

E-Sir's mother says her late son's friends have been good to her.

Nameless said the singer was too young. "He was 21, so life is short and you only have one and you can go anytime. So I try to live my life in that way and that's one thing he reminds us."

Nonini noted that the legendary singer paved the way for other artistes.

Wahu and Nameless talk to their kids about E-Sir. "It comes so naturally, especially on his anniversary and birthday."

Rapper died in an accident 17 years ago
Sasa
2 years ago
Post a comment
WATCH: The latest videos from the Star
by ELIZABETH MUSYIMI Lifestyle, Entertainment Journalist
Word Is
09 July 2021 - 00:05
Read The E-Paper