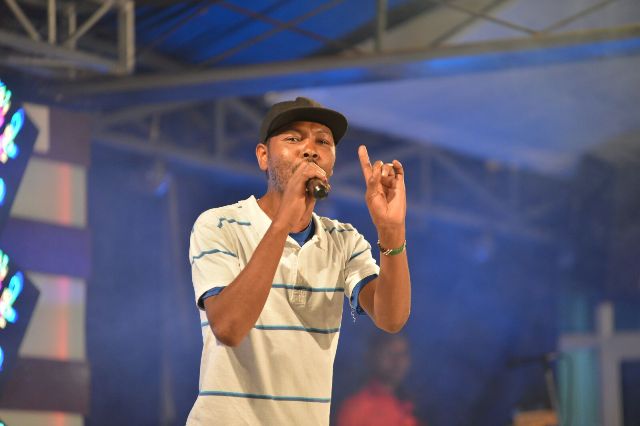 Former Tahidi High actor Omosh has apologised to Kenyans for asking for financial help again a few months after they raised money for him.

In a recent interview with TV47, Omosh said some people did not come through on their promise to help him.

He added that he needed of a camera, tripod, lights and a microphone to produce his planned comedy show.

"I used most of the money to pay debts that had accumulated, school fees for my kids – nilikuwa nimekaa one year, four months bila kulipa."

Speaking to Word Is, the comedian said he has not gone back to drinking.

"Some things are being escalated and I do not know why. If by any chance I have offended anyone, I apologise," Omosh said.

The actor said he regrets doing the interview where he asked for help a second time.

"I did not expect that interview to blow out that much. I am an actor and sometimes we say things that turn out to be serious. I am ready to rise back. At the moment I am jobless but I have received a few offers," he said.

"My biggest regret is going for that interview. I wish I did not go."

Despite the trolls on social media, Omosh said a few people are reaching out and encouraging him. Fellow Tahidi High actors have called for the actor to be taken to rehab, but Omosh refused.

"I have been to rehab twice. For now, I am not drinking and if people want to confirm, let them come to the ground," he said.

"Rehab can only be a personal decision. I have to involve my family as well. No one can be forced to go to rehab. I do not see the point of going back to rehab, but I think visiting a counsellor once in a while would be the best option for me."