How rapper Jimwat became an alcoholic 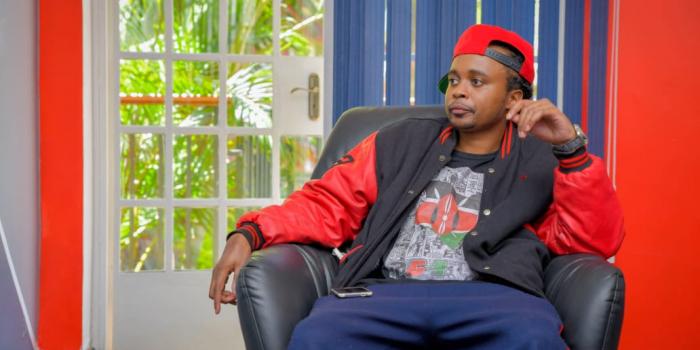 He ended up an alcoholic.

Speaking on Ala C's YouTube channel, Jimwat said he was always confident around his friends but had a hard time approaching women.

The Chinga boys alumnus said he first heard of alcohol in Form 2.

"I heard people speak of 'mzinga' and we started asking for it. At the time I did not even know what alcohol was."

He said after high school, the attention from women and girls became too much.

"At that time I was very naïve. That is when I remembered how we used to take alcohol back in high school so I started taking tots to calm me down. Little did I know and the drinking became too much," he said.

When performing once in a month Jimwat said he would only drink once but the more the shows the more he drank.

"I did not know I had become an alcoholic but people close to me did. They saw how hard I was drinking and I thank God they helped me," he said.

"I had gone so far in life but I was going in the wrong direction. I had to go back to zero. My life was in the fast lane."

The Under-18 hitmaker left the music scene at the top of his game to rediscover and reinvent himself after going through a dark phase.

He was involved in a road accident while drink-driving.

"It was after the accident that I started my recovery journey and made changes in my life," he said.

Jimwat said accepting he was powerless and that he needed change was the first step to recovery.

"If someone has no will to change they cannot change. It's also good to take one day at a time."