I'm a role model, even to Diamond – Bahati 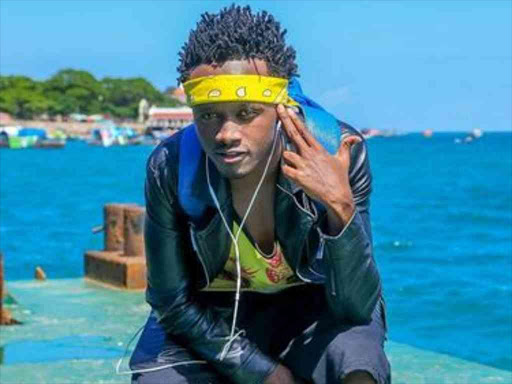 Bahati has said he is disappointed with Tanzanian artist Rayvanny for dumping his baby mama, Fahyma.

He said family is important and the couple should have solved their disputes.

Speaking during an interview with 'Simulizi Na Sauti', the father of four said, ''I have never met Fayhma but I am not pleased about the fact that Rayvanny dumped her, let me not lie about it.

"He is my brother and I would want to know what happened between the two. Every time I try to bring up the topic he eludes it.

"You know, I am a role model, even to Diamond Platnumz, when it comes to family. I encourage them to be patient as marriage is not easy.''

Bahati said there is joy in family. "When Rayvanny came to Nairobi he was so happy. But whoever he brings I will support him.''

Bahati is in Tanzania to oversee the conclusion of a song he is collaborating with Rayvanny.

It is one of many songs in his newly released album 'Love Like This.'

His ties with Diamond soured after wife was allegedly seduced by WCB VP
Sasa
1 month ago
by PENINAH NJOKI
Word Is
29 June 2021 - 00:00