Mutara thanked his fans for holding his hands, promised to resume music

• Fellow musicians shared photos of the singer, announcing to his fans that he is back 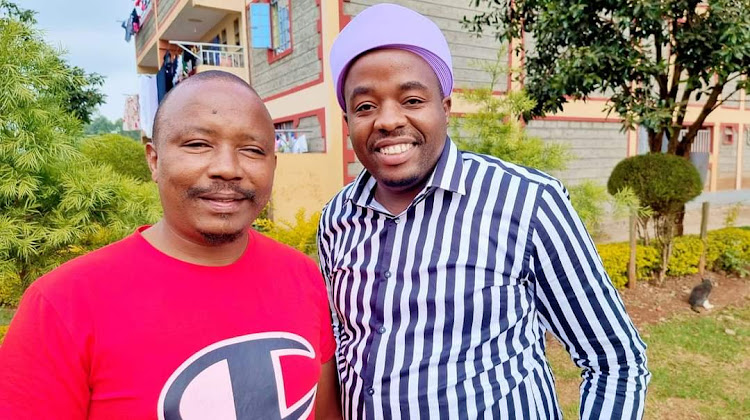 Gospel singer Dennis Mutara is finally back from rehab.

The veteran Kikuyu singer was taken to rehab after spending three weeks at Avenue Hospital going through detox in March.

A close source told Word Is the veteran gospel artiste had sunk into depression and had been using alcohol, something he denied in a past interview with content creator Jeremy Damaris.

The artiste has now finished his three-month therapy, and his fellow musicians on Monday held a thanksgiving session to welcome the singer.

Earlier on, they shared photos of the singer on their timeline, announcing to his fans that he is back.

In one post, singer Muigai Wa Njoroge wrote, "Today we are receiving our greatest talent. Welcome and come and serve God even more."

During the thanksgiving event held at Blue Springs Hotel, artistes and friends of Dennis Mutara contributed money to help the singer as he continues to recover.

Mutara thanked his fans for holding his hands and promised to be back to doing music. He has not released a song for a while. He was involved in an accident last year.

"A singer will be eaten by their fellow musicians. You never know what happened to me. It was my star that was shining and they tried to put it off. They cut my roots," he said in an interview.