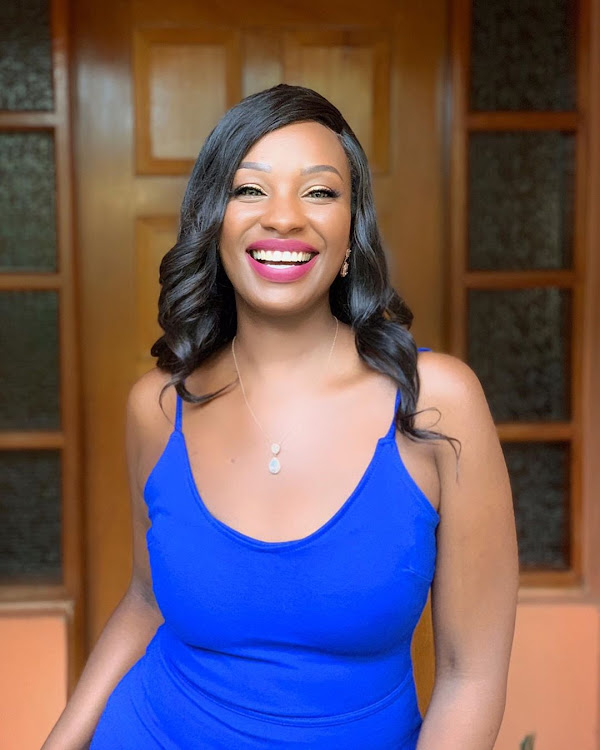 Content creator Maureen Waititu says she is focused on her healing after she broke up with her baby daddy Frankie Kiarie two years ago.

Speaking in a recent interview on K24 TV, the mother of two said she needed enough time before dating again.

"It's been two years since I became a single mum. I think I have been focusing more on myself, my healing and my kids," she said.

"I feel like one of the major catalysts of a failing relationship on someone who broke up with someone, whoever, male or female, if they move to a new relationship with the baggage which is the unhealed wounds, it will never work out."

"I remember someone telling me, 'You have two boys in Kenya, no one will ever look your way.' It is a common factor whereby even before I was single, I could hear people saying it is not easy to date mothers of boys than girls."

She said people have perceptions that boys raised by a single mum are spoilt. "Some say the boys become 'Mama's boys'."

On the aspect of looking for somebody, Maureen said her kids come first.

"First things first, they have to love kids and be specific which kids. I listen to them and see how they take parenting, that is if they have kids."

Earlier on, she said despite the turmoil and public humiliation she went through with her ex and father of her children, she is still optimistic that true love does exist and hopes to find it soon.

Maureen is however not looking to get into a relationship with just any man. She is only willing to settle down with a God-fearing man.

"I still believe in love, I have a lot to offer. My heart was broken but I am filled with love now. I would be interested in a man who has certain values that I'm looking for. I pray to God to bring me a man who is God-fearing."

I want to marry a man with children — Zeddy
Single mums ‘pandemic’: Where are the fathers?
by ELIZABETH NGIGI Lifestyle, Entertainment Journalist
Word Is
14 June 2021 - 00:05