I thanked Azziad but she didn't say so - Femi One

Her silence 'made me look like the bad guy' 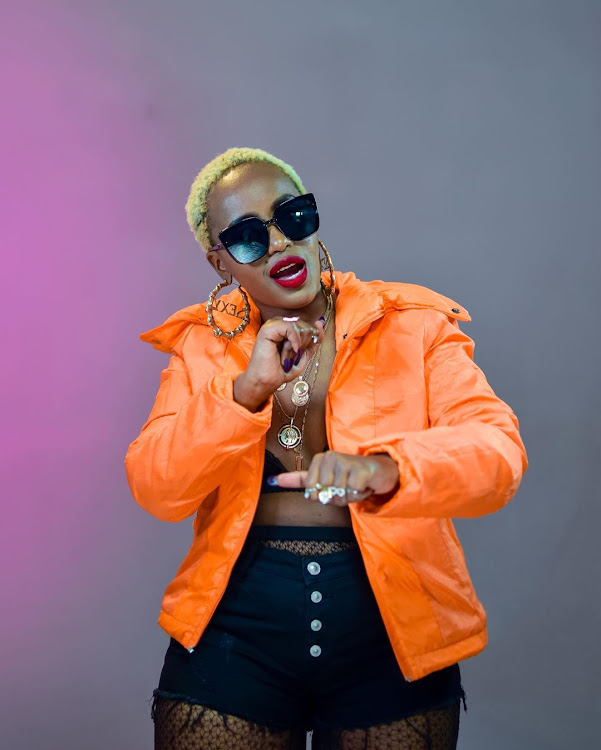 Femi One has for the first time opened up about what transpired between her and TikTok sensation Azziad Nasenya.

Azziad rose to fame after enticing netizens with her 'Utawezana' dance challenge.

Speaking to Radio Jambo on Friday, Femi One recounted being bashed and trolled after the video of Azziad Nasenyana dancing to ‘Utawezana’ went viral.

Kenyans on Twitter criticised Femi for allegedly not thanking Azziad enough for having made the song a hit through her Tik Tok video.

Femi told Radio Jambo she reached out to Azziad and thanked her for doing the challenge and even had her back when some people unfairly criticised her.

"To be honest, I started that challenge and anyone who participated in it, whether on the first or last day, is very important to me. They helped build the song and the fans were free to choose who they liked the most, and they chose Azziad," she said.

"To say she is the one who made the song big is a lie as she did her challenge the fourth day after the song was already a hit."

"She (Azziad) knew I had reached out to her and she had the power to shut critics, but she did not. I ended up looking like the bad guy."

Femi added that if Azziad told people that Femi had sent her a DM, people would not have bashed her.

"The song had been famous even before she did the challenge, but I admit she did well as her video went viral," she said.

"I started the challenge and it was up to fans to decide who was their favourite. People felt like I did not deserve that success. They felt like Mejja deserved the success while I was not."

Femi added that she felt intimidated by the fact that people were not looking at all the years she had put in her hard work.

"They judged me wrongly as a woman as they felt I had been ‘helped’."

Asked what hurt her most during that time, Femi said at some point people created a group called ‘Unsubscribe Femi One’, yet she had wronged no one.

Femi One is promoting her new album titled 'Greatness'.