He has battled substance abuse for decades 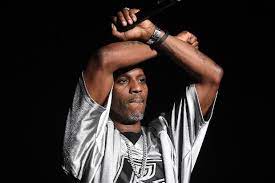 US rapper DMX has been taken ill after reportedly suffering a drug overdose.

Sources intimated that the drug overdose triggered a heart attack at his home, and he was immediately rushed to a health facility at around 11 pm.

According to a report by TMZ, he was admitted to White Plains Hospital in New York City in a critical condition.

DMX has battled substance abuse for decades. The rapper cancelled a series of shows to check himself into a rehabilitation facility in 2019.

In an Instagram post, his team said he apologised for the cancelled shows and thanked his fans for the continued support.

His lawyer Murray Richman confirmed that he had a heart attack but could not confirm reports that DMX overdosed on drugs and was not sure what caused the heart attack.