Officer went from drowning in alcohol to smoking bhang daily

• Joseph Mwangangi started drinking in Form 2. Ulcers and rehab did not change him

• He lost his wife and everything but his job, but his father's death jolted him to reform 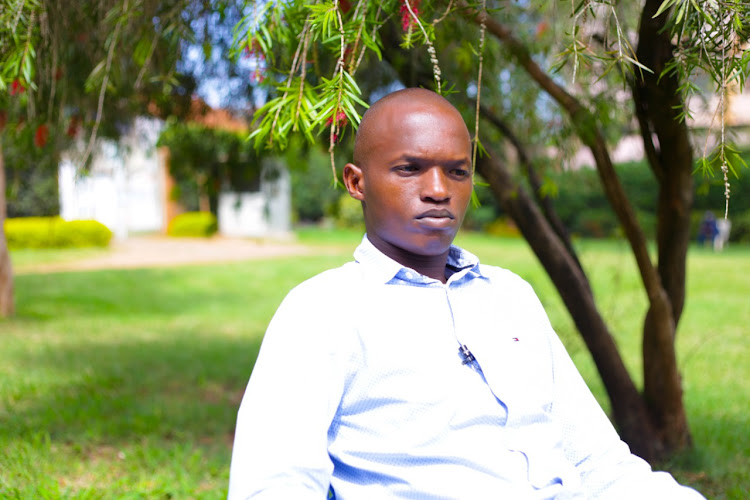 Coming back from drug and alcohol addiction is one of the hardest things to do. It will hurt. It will take time. So says a recovering drug addict who has been there and done that.

Joseph Mwangangi, 37, a prisons officer now stationed at the Prisons Headquarters in Nairobi, almost lost his life due to drinking.

He opened up to the Star, saying he has worked with Kenya Prisons for 15 years and is a recovering addict.

His drinking started in Form 2 out of curiosity. He was experimenting along with friends.

“My first drink, which I took on a Sunday after sneaking out of school, tasted folic. It was at F2 Club in town,” he said.

He also would continue drinking during school holidays.

Mwangangi said he went through Form 4 and would be suspended from school due to sneaking out.

“I was a good student and managed to perform well despite my disciplinary behaviour,” he said.

After his last paper in high school, he went to a changaa den and drunk to his fill. He felt he was free.

His family would always complain about his habit but in vain.

He later joined JKUAT in 2003, taking an Engineering course, but he could not survive without drinking.

“I used to think by drinking in the morning in the name of ‘kutoa lock’, I would manage to get to class, but that never happened since I never left the club.”

He would do the same mistake every day and didn’t know it was a sign of being an addict.

He used to fail his exams and would redo them until he got to third year. He was discontinued from school.

His father never gave up on his schooling, however. He enrolled Mwangangi at KCA University to take an accounting course.

“I was again discontinued because I neither attended classes nor did my exams,” Mwangangi said.

“For the first time, I was shaken and even my family and community got worried. It was so hard for everyone.” 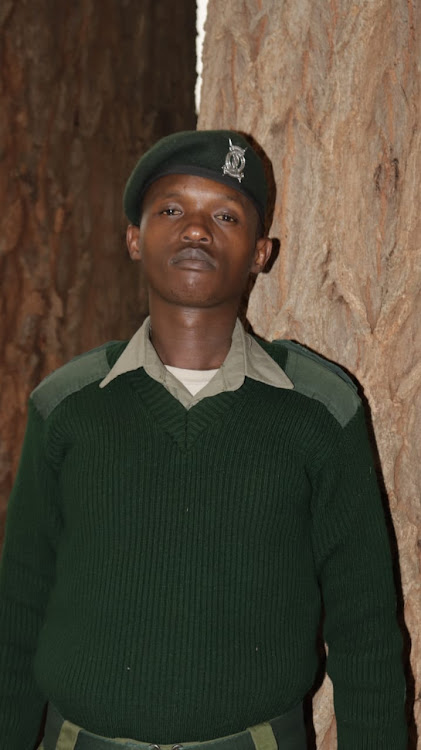 His family was very disappointed.

Still, his father did not lose hope. In 2006, he took him to join the Kenya Prisons Service in Kitui and managed to get him a slot.

The father worked as an officer in the Prisons department.

He thought by letting Mwangangi join the disciplinary forces, he would have enough time to change.

Mwangangi supported the idea, feeling it was wise because it took nine months' training.

He believed being in the Prisons space would make him stop drinking and using narcotics.

After the course, however, he started drinking immediately he was released.

“I went home to keep my box and uniform and left for drinks,” he said.

He was posted at Nairobi West prison and became worse even after getting married.

His marriage did not work. It fell apart after they had gotten two children.

“I remember when my wife had delivered in hospital, I was supposed to go pick her, but a friend of mine called to celebrate my new bundle of joy. I never went back home and neither did I go to pick my wife from hospital. I was a mess,” he said.

Even after all that, his father wanted him to a have a degree. He again paid for his course at Mt Kenya University. He even went ahead to arrange with his supervisor on a working schedule.

The father never liked Mwanangi's drinking and he never gave up on him.

However, he died before Mwangangi got any degree.

“After my father passing on and having lost everything except my job, I decided to change,” Mwangangi said.

This did not happen immediately, however. He was transferred to Embu prisons and with his drinking, he started developing ulcers.

He started visiting a hospital because of ulcers due to alcohol. It affected his job because at that rate, the doctor had told him he was going to die.

He changed and decided to go for rehab in 2014. He called his family and told them he needed a rehab.

The rehab was for three months and when he came back, his wife had already left him.

Mwangangi had stopped drinking and after a while, he got married again.

He was transferred to Machakos prison.

“I was even promoted and made an officer of Machakos High Court in charge of prisoners,” he said.

However, he relapsed and started using bhang and chewing miraa, thinking it would not affect him like alcohol could.

“I said to myself I would control it. I started using it on weekends but it later changed to smoking daily,” the officer said.

He started absconding duty and even started being manipulative in court as the officer in charge. There were complaints to his office and he was moved.

“I had opened an Mpesa business for his wife and would take all the money. I sold everything in the house because of my addiction.”

The side-effects of addiction are the same, he says, it doesn’t matter what one uses.

In December 2019, he decided to take himself to rehab since all members of his family could not talk to him.

He came back from rehab in January 2020 with a determination of never going back.

“I wanted to share the message that you can recover. That was my goal,” he said.

“I want to live a sober life. I have been going around, sharing my message and helping my fellow officers who are in the same situation.”

So far, more than 30 officers are recovering from addiction, he said, adding that Prisons department is greatly affected.

Most people don’t know that addiction is a disease, he said.

“I was taken to a witchdoctor when my family thought I was bewitched, but that was not the case.”

With addiction, you will have to rebuild your entire life from scratch and figure out how to live life on life's terms, Mwangangi said.

He added that you will have to find the strength within you because nobody can do it for you. Don’t ever lose faith.

"Recovery is a lifelong journey. Take a day at a time and let God take charge. Sobriety is the way."

He urged the society to stop stigmatisation and victimisation of addicts.

It takes heart to live with an addict, he said. The social circles surrounding an active addict really help them go through a hard time.

"Let’s join hands to give moral support to the families going through the same that all shall be well. I am concerned and I always save you my prayers."

Mwangangi also urged the government to introduce civic education on addiction, saying many people are suffering in the whole country, even senior officers.

"If I help one addict person, I know I have helped a whole social circle of that person."

How mistaken identity doomed man to 20 years in jail
Post a comment
WATCH: The latest videos from the Star
by CAROLYNE KUBWA Court Reporter
Lifestyle
02 April 2021 - 08:00
Read The E-Paper