Inspired by her father, she joins Betty Kyallo in eyeing the city position 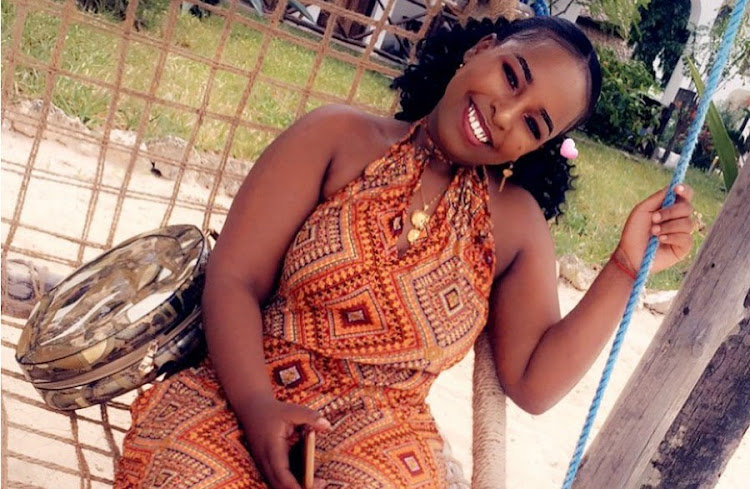 Saumu Mbuvi says she will vie for Nairobi woman representative in 2022.

Speaking to Radio Jambo, Saumu said her dad is her best mentor and she will always do things that she feels are inspired by him.

"I want to join politics like my dad and actually, I will vie for woman representative the next General Election," she said.

"He is a father and a good dad. As a politician's child, I fear being broke and that is why I am working so hard everyday."

Asked what different she will do as a woman representative, Saumu listed her priorities.

"I will make sure mental health is taught in all schools. We do not want to have these cases of children killing parents or each other," she said.

"Sanitary pads have to be given out for free. I will basically do things that will be of help to the girls, which will be a good thing."

Senator denies he nearly killed her, says she has bipolar disorder
Sasa
1 month ago

Saumu Sonko is the latest female celebrity to show interest in the woman rep position.

In an interview with Churchill last year, Betty said she was headed to the political world after accomplishing several things she had targeted but did not reveal the position until aspiring politician Alinur revealed it.

He said in an interview, "Yes, Betty wants to run for the seat for woman representative in Nairobi."

Earlier, Churchill had asked her if she wanted to join politics.

Betty replied, "It is in my plans. I have achieved everything I wanted to achieve so far, and there are a few things I need to do: package myself and think about what is it that I want to run for, but I will do it."

"I am very certain that if God wants me to do it, you will see me on the ballot in a town near you."

Why not? Maribe eyes political seat in 2022
by ELIZABETH NGIGI Lifestyle, Entertainment Journalist
Word Is
26 March 2021 - 00:05