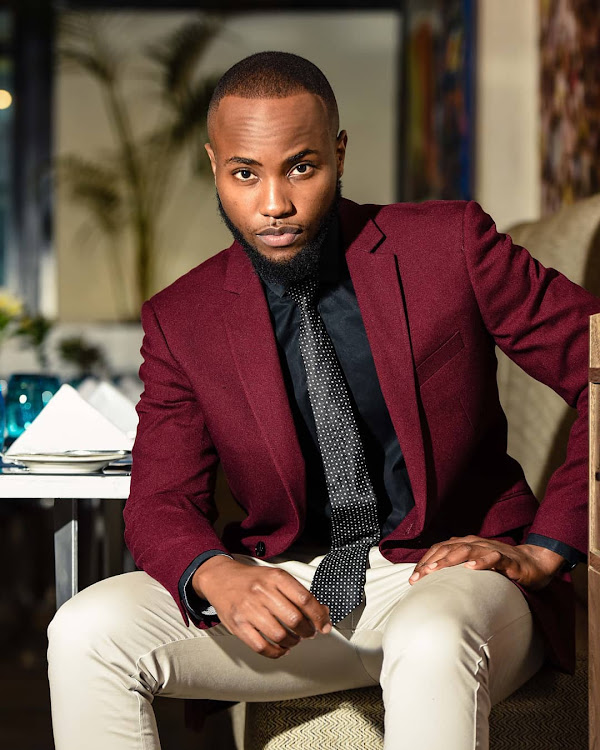 Nick Mutuma is not up for just any acting roles. The actor revealed that he and his partner Bridgit Shighadi are being selective in what they choose to get involved with.

Speaking to Radio Jambo's Massawe Japani, Mutuma said, "What we have decided as a family is to do action movies," he said.

Asked about kissing scenes, he said, "We call that mechanical. When you kiss on screen there are like 20 people watching you. And you do it so that the scene is authentic.

"Because in real life, don't humans kiss? They fight? It is part of being authentic and the most important thing is people remember the work you did."

He said Shighadi, who plays Sophia in the drama 'Maria', had a problem with him being in such scenes but later understood after she ventured into the industry.

"Now she gets me but initially, it was an issue. But even now where we are, there are roles we don't do at all because of the respect we have for each other and what we are trying to build as a couple," he said.

"It is funny because as a man acting those roles, it was okay. But imagining my partner acting those same roles, there is that double standard, like 'Ahhhh, itakua ngumu sana'."

The couple met 10 years ago, through a mutual friend who has since died.

Mutuma describes Shigahdi as a phenomenal woman. "She is a very beautiful woman but pia anakua very grounded. I think as a man, you need somebody who can build with you, who can put that first foundation."

Asked when he is tying the knot with the beauty, he said, "Let's see. God willing, what his plans are. I believe it is something I want to do. Something I'm working towards."

He asked upcoming filmmakers to take action and chase their dream as technology has made things much easier.

"If anyone wants to get into the business of filmmaking, the only person who is restricting them is they themselves," he said.

"I feel like with the technology that we have, you can take your phone and shoot a movie with it. All this viral content by Eric Omondi and Njugush it is all about the creativity. It is not about who you know or who is creating which opportunity."

When you want to make films but cannot break into industry
Post a comment
WATCH: The latest videos from the Star
by ELIZABETH MUSYIMI Lifestyle, Entertainment Journalist
Word Is
18 February 2021 - 00:00
Read The E-Paper