Met when Judy was a first-year, he was in his final year. 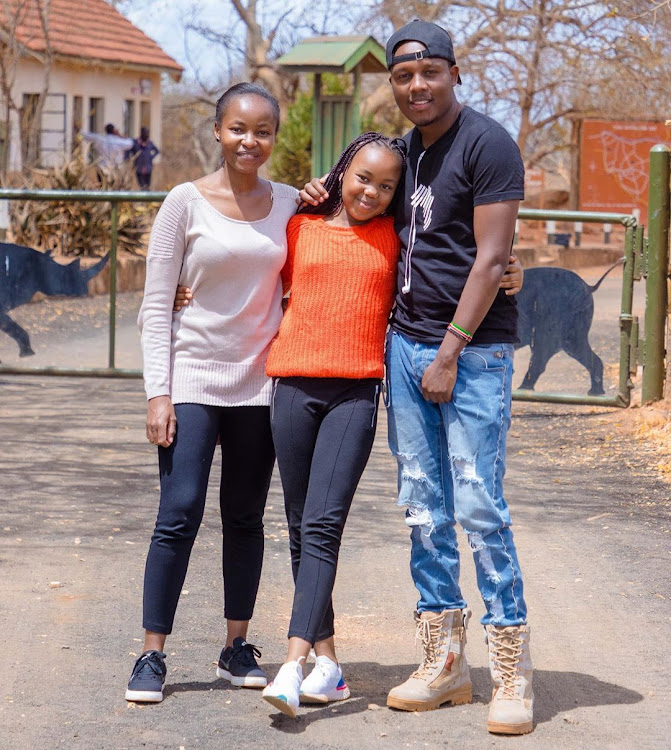 Former Tahidi High actor Abel Mutua and his wife, Judy Nyawira, have wowed their followers with their love story.

The two met in college—Kenya School of Mass Communication. She was a first-year he was in his final year.

"My boy squad and I were relaxing at a popular place in school called 'Jobless Corner' when Judy passed by," Abel said on his YouTube channel, Stories of my Life.

"Most of the boys had tried to woo her but none was able to get her attention. When I got that information, I decided to take up the challenge and try my luck."

She had just come from a small village in Kirinyaga called Kibirigwi and had no idea that Abel and some of her schoolmates were well-known actors.

Judy said she could not understand why her friends would get all excited whenever they spotted the actors on campus.

Eventually, she found out

"Abel and I started spending a lot of time together and a girl who knew my ex-boyfriend would tell him that there was a man I was hanging around a lot in school," Judy said.

Their relationship was already on shaky ground and the new information just made it worse. They eventually broke up.

"I later came to realise that the reason we didn't work could have been because of our age difference, he was 28, I was only 19," she said.

Judy said she learnt that the ex-boyfriend was violent after he slapped her after she informed him that it was over between them.

"He asked me to meet him and collect my stuff at the school gate only for him to slap me," she said.

It was after this that she and Abel started dating. Judy got pregnant during her final year and Abel visited her home to inform her mother of his intentions to raise the child and take care of her.

"We carried out four pregnancy tests to be certain of the outcome. I cried the entire day and just like that at the age of 22 and Abel at 23, we realised that we would be parents," she said.

"I did not go home for six months. My mum was working at a casual job then and I did not know how she would take it."

The two have been married 12 years and are raising their daughter Mumbua.

I used all my savings on wedding — Abel Mutua

He wanted to have an AG wedding since he did not have money
Sasa
10 months ago
by ELIZABETH NGIGI Lifestyle, Entertainment Journalist
Word Is
27 October 2020 - 06:18