Me, a deadbeat? Lawyer lied to you, Diamond tells Zari 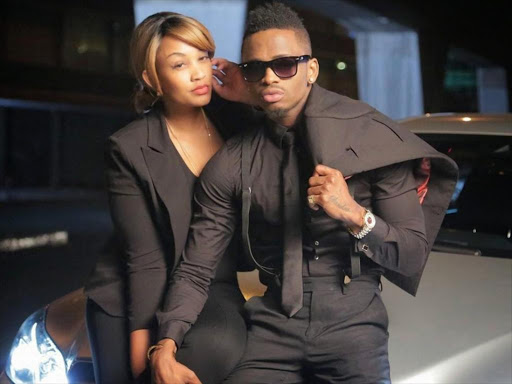 Diamond Platnumz has responded after his ex-wife Zari Hassan referred to him as a deadbeat.

In her message, the mother of five argued that her baby daddy is busy pleasing the world, yet he doesn’t provide for his children.

“But you don’t know what your kids eat, or how they sleep, if fees and medical insurance is paid,” Zari said.

This came hours after Diamond offered to pay three months' rent for 500 families. The 'Baba Lao' hitmaker said as much as his life had also been hit hard economically, he is willing to help out where he can during these trying times with "the little that God has blessed me with".

"I believe I should share your troubles and your happiness, too," he announced.

Speaking exclusively to Wasafi yesterday, Diamond said after he read what Zari had alleged, he reached out to her.

"Zari and I have not been talking, which is normal after we broke up. We have been communicating through a lawyer, but when I saw her comment, I sent her a message and talked to her," he said.

He says he respects Zari as his fellow parent.

"She is special since she made me a dad. We have talked for the first time and realised maybe there has been miscommunication between our lawyers, which we solved, and after this corona pandemic, we will resolve on how we will raise our children together," he said.

Diamond also addressed his relationship with Tanasha, saying they did not agree in so many things and hence, they separated.

"I wanted to marry her 100 per cent, but in some things, we were not in the same boat. We separated peacefully. The next relationship will be a marriage," he said.

In a recent interview, Zari revealed that Diamond has never visited his kids for nine months
Sasa
3 years ago
Post a comment
WATCH: The latest videos from the Star
by ELIZABETH NGIGI Lifestyle, Entertainment Journalist
Word Is
28 April 2020 - 04:05
Read The E-Paper