My dad thought I was on drugs, says Desagu

He was the third comedian to receive the silver button for reaching 100,000 subscribers on YouTube 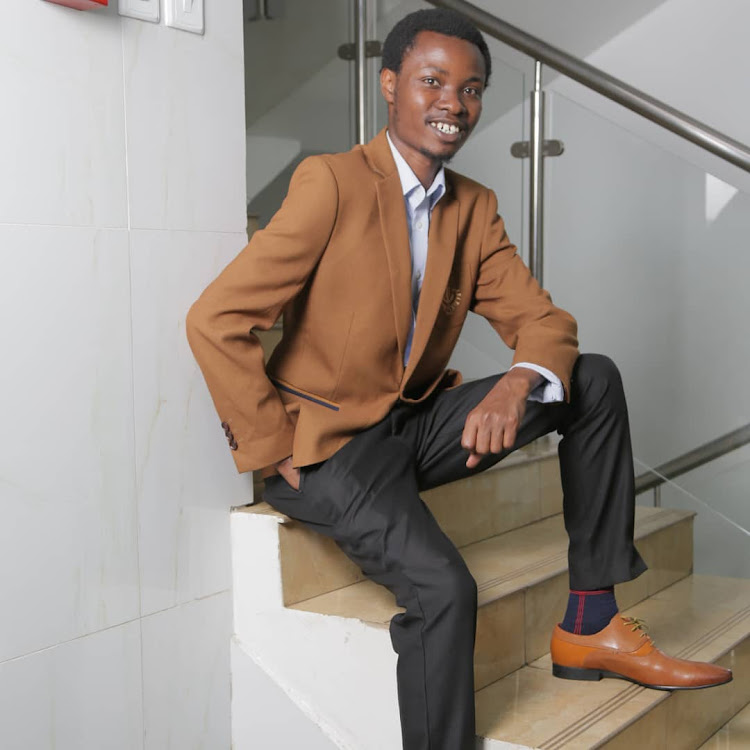 Online comedian Ithagu Kibicho, popularly known as Henry Desagu, says his father thought he was using drugs when he saw the viral online videos of the comedian dressed in oversized clothes.

Desagu acted as a witness in his comedy, and his father was shown the videos by friends at his rural home.

"My dad did not have an idea of what is YouTube or even Facebook. When he saw me, he sent my sister who was doing fashion and design to make some suits for me," he said in a recent interview.

It is until later when his dad understood what his son was doing. "Before my dad died, he had understood the industry that I was in after I explained it to him," he said.

Desagu was doing economics at Kenyatta University when he ventured into comedy. His parents wanted him to be in a good white-collar job.

"I used to invite him to concerts so he could understand. Plus I started paying my school fees and reducing the financial burdens since I was now making money," he said.

That's when they appreciated what he was doing. Although he is among comedians who share their content online, Desagu says it was not easy to start as at some point, he performed and nobody laughed at his jokes.

"It was not easy but today, I can say comedy is paying, as long as one becomes consistent," he said.

Desagu was the third comedian to receive the silver button for reaching 100,000 subscribers on YouTube.