How DJ Mo and I solved cheating claims — Size 8 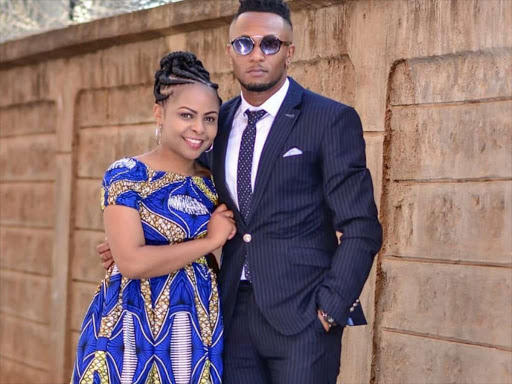 Size 8 has addressed allegations that went around a while ago that her celebrity husband was cheating on her.

"Those were rumours but our marriage is not so perfect because we also have misunderstandings," Size 8 told Massawe on Radio Jambo

"When I heard the rumours, I went home and we had a conversation as Linet and Muraya. Removing the celebrity titles from our house. And that is how we always solve our issues."

Size 8 left even left her matrimonial home over the allegations of cheating, and this rocked the gospel music industry to the core.

Size 8 took her clothes, her daughter and left DJ Mo.

“I was not talking to DJ Mo for a month because I think we were both hard on each other,” she said.

Asked about the issue in a TV interview, DJ Mo said Size 8's reaction caught him by surprise.

He said there was another time they had a disagreement and he drove off, but he decided to go back home and they talked about the issue.

Asked why most of the times she is the one who advertises her husband on social media, Size 8 said, "Humility does not mean you are weak, it means you are strong."

Adding, "You have to love your husband the same way God loves you."

Size 8 recently released a song titled ‘Nitembe Na Wewe’, where she discusses her prayer for this year.

“My everyday prayer is to walk with God at all times, whether I have money or not. My heart’s desire is you, oh Lord,” she said.