I was raped by cop while I sought asylum - Nyaruach 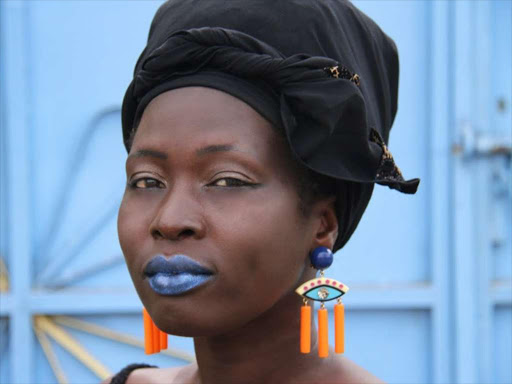 South Sudanese artiste Nyaruach has opened up about how she was assaulted by a police officer while crossing into Kenya due to war in her country. Nyaruach separated with her family at a very tender age, but she recently reunited with her brother, Emmanuel Jal.

"I was young at that time. I was separated from my brother, Jal, but I had always kept his photo with me. I had to come to Kenya to look for him. At the border, I was kept in a very dark room, they thought I was a spy," she told Word Is last week.

"Myself and three other women were sent to this policeman who would help us with a room to sleep. He raped us. We didn't have anywhere to report the assault. There are no women's rights in South Sudan, no matter how young you are."

In Kenya, Nyaruach has been at the Kakuma Refugee Camp. Through her story, Nyaruach has become a vital spokesperson for women’s rights and education and has also joined the campaign to help her brother build a school in South Sudan.

"I came to Kenya, I looked for my bro and found him. Women are going through a lot. Especially the single mothers. Women should stop losing hope, nothing can stop a woman, but most of them are desperate to do so many things to get money. I want to help them. I'm also struggling to help kids go to school, the orphans and also the blind," she said.

Nyaruach, who doubles up as an artiste, has worked on her album 'Naath', a collaboration with the brother. 'Naath' is a vivacious, Afrobeat-infused album drawing strongly on the unique sounds of their country.

Jal and Nyaruach's music are often at odds with the image of war and poverty that has blighted South Sudan. Instead, both artistes choose to reflect upon the resilience and rich culture of their identity through their vibrant tones and messaging.

"I really love music so much. I want to inspire women with my music. Fans should look out for me."