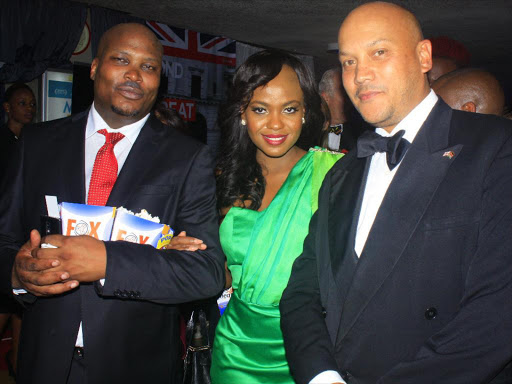 The two have been rumoured to be dating for the longest time now.

The news about their dating hit the gossip headlines after they were spotted enjoying each other’s company during a movie screening in November 2015.

Reports had it that when Kiguta gave birth at the Nairobi Hospital, Gecaga took paternity leave to look after her and and their newborn babies.

The two, however, have never admitted to being in a relationship, but according to Anne Kiguta's social media, Uhuru's nephew is indeed the dad to her twins.

In a recent interview with DJ Moz of Kubamba radio, Ann was asked if she knew she would be the influential media bigwig that she is now.

She replied, "I knew from the very early age that somehow I was going to be in media, I did not know it would take this form at the intersection of medium politics, which is a very peculiar place to be because you are caught on both ends. Who am I to say what God would do in the next 10 years? The thing is be faithful where you are now."

Asked if she loved grilling politicians on her show, Anne said: "That going hard on politicians part is a lot of fun. I am having the time of my life. I love it because I'm in my element. For me, it is not a hard day in the office."

Post a comment
WATCH: The latest videos from the Star
by ELIZABETH MUSYIMI @kalondu_musyimi
Word Is
20 June 2017 - 02:00
Read The E-Paper