• Cheetah populations have crashed over the past century 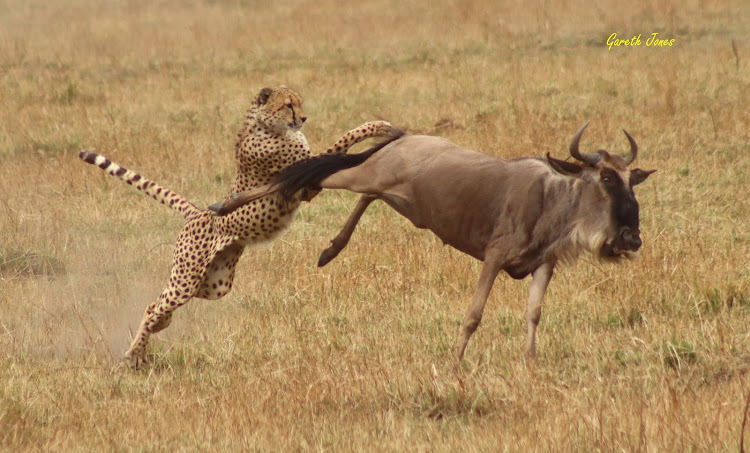 Clouds of dust arose rapidly as thousands of wildebeest accelerated to escape. Then in a flash, five speeding cheetahs caught up with the herd and targeted their victim. Within seconds, one of the cheetahs was running parallel to a full-grown wildebeest, and then boldly attempted to jump onto the rear of the fleeing herbivore.

We were able to witness scenes like this after following five cheetahs for three full days in the Maasai Mara. They are also locally famously known as the ‘tano bora’, meaning five best in Swahili. A running cheetah is a fantastic moment of perfected motion, a blurred streak of graceful ferocity and created beauty.

This article is highlighting cheetah as a species. Since 2010, the December 4 of any year is recognised as World Cheetah Day. Dr Laurie Marker is the founder of Cheetah Conservation Fund. She designated December 4 as International Cheetah Day in remembrance of Khayam, a cheetah she raised from a cub at Wildlife Safari in Winston, Oregon. In 1990, she relocated to Namibia to mitigate the problem of farmer-cheetah conflict.

Unfortunately, cheetah populations have crashed over the past century. At the start of the 20th century, the global population was estimated at 100,000 in the wild. Less than 100 years later, the population was reduced to only 15,000. The most recent reports show that there may be as few as 6,600 cheetahs remaining in Africa. The Kenya cheetah population is estimated to be less than 900. The greatest threat for the remaining cheetahs is the rapid change of land use and their habitats therefore being reduced.

In Kenya, there are a number of protected areas where it is still possible to see cheetahs in the wild. Sadly the developments of mankind have indeed “cheated the cheetahs” of land they used to roam. We hope and pray that there will be a high-level Kenyan government priority to save the cheetah. Long live the speedy spotted cheetahs!