Why Kenya could soon lose its ‘kidneys’

Wetlands are under threat from land use changes, encroachment and increasing groundwater abstraction

•Wetlands are known as the earth's 'kidneys' because, like the organ, they serve the very important function of filtering water

• They occur where the water table is at or near the surface of the land, or where the land is covered by water. 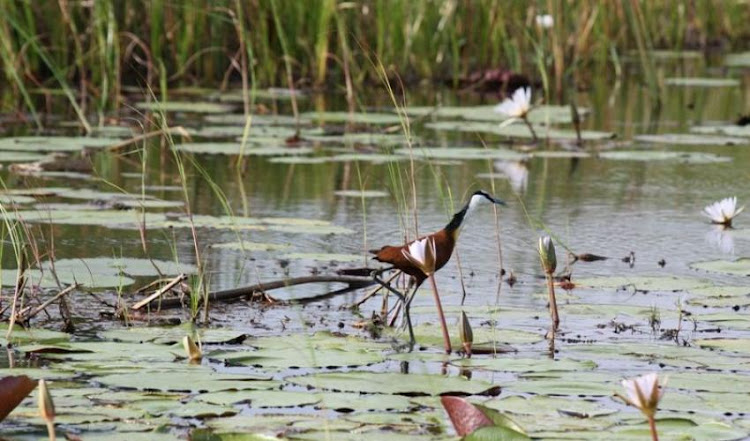 One of the wetlands in Kenya
Image: IUCN

For many millennia, under the eyes of several generations and the technological marvels of the modern age, the Ondiri wetlands have stood the test of time as a major source of food and shelter for the people relying on its services.

Located in Kikuyu of the present day Kiambu county, the Ondiri swamp, which is a water-catchment area vital to Nairobi’s water supply, is crying.

The wetland, just like other swamps across the country, is now crying as it has heavily.

Wetlands are known as the earth's 'kidneys' because, like the organ, they serve the very important function of filtering water.

They provide tremendous economic benefits, for water supply (quantity and quality) and fisheries (over of the world’s fish harvest is linked to the health of coastal and inland wetland areas).

Other benefits are agriculture, through the maintenance of water tables and nutrient retention in floodplains; timber production; energy resources, such as peat and plant matter; wildlife resources; transport; and recreation; and tourism opportunities.

Wetlands occur where the water table is at or near the surface of the land, or where the land is covered by water.

There are five major wetland types that are generally recognised.

Others are: estuarine (including deltas, tidal marshes, and mangrove swamps); lacustrine (wetlands associated with lakes); riverine (wetlands along rivers and streams); and palustrine (meaning “marshy” —marshes, swamps and bogs).

Environmentalists predict that the swamp will disappear in 10 years if it is not protected.

It urged that recharge areas be protected against degradation. The authority also recommended a reserve volume be declared for the Kikuyu springs aquifer related to the swamp, to regulate the amount of water abstracted.

It said abstraction in the northern zone will have more impact on the system than in the lower zone around Ondiri swamp and Kikuyu springs and should be regulated.

Most of the wetland is covered by aquatic plants, rushes, papyrus and water grass.

Ondiri, just like other wetlands in the country, is facing a major test, threatening the very livelihood of Kenyans.

The day is commemorated.

The Convention's mission is "the conservation and wise use of all wetlands through local and national actions and international cooperation, as a contribution towards achieving sustainable development throughout the world".

Kenya's water and food security cannot be assured, as a result of the wanton destruction of wetlands.

They said the destruction will have a negative impact on human health.

With a Slogan: 'Healthy Wetlands, Healthy Communities,' the day was celebrated at the Ewaso Narok wetland in Laikipia county.

Wetland destruction is now putting Kenya at crossroads on how it could effectively address and reduce disasters and become resilient to climate change.

He said the government's intention was to improve management of wetlands to enable all communities, including those downstream, to enjoy its benefits

Tobiko said the government, community and all stakeholders should work together to safeguard and restore Ewaso Narok wetland, which is the main source of livelihood to the communities in Ewaso.

Wetlands occupy six per cent of land surface in Kenya, but this figure is reducing.

"As the climate is changing, we need to take better care of our wetlands. They are the front line in our defence," she said.

Mulonga said Kenyans are now starting to feel the impacts of climate change, which has now made them take action.

"People need to appreciate the benefits and critical role wetlands play and not view them as wastelands. A lot still to be done," she said.

She said with wetlands in better conditions, food and water supply will be more secure, floods and drought won’t need to spell disaster, and we can better adjust to climate change.

"Since the 1970s, we have lost 35 per cent of the world’s wetlands. We need to work together to reverse this trend, communities need to be aware of the value of wetlands, take action to protect, conserve and use their wetlands wisely and sustainably," Mulonga said.

"Wetlands are the kidneys of the landscape. Improving the condition of our wetlands will help us to meet the global goals for development and climate action. Wetlands are vital for water and food security, biodiversity, climate regulation, human health and sustainable development," she said.

Wetlands International Eastern Africa is leading the charge by working with key stakeholders, including Nema, to conduct research on the status of wetlands.

It has also been supporting the government to review the wetlands regulations of 2009.

According to draft wetlands regulations, human activities are not allowed within 30m of river and lakeshores and 60m from the Indian Ocean shore.

The Environmental Management and Co-ordination (Conservation and Management of Wetlands) Amendment Regulations 2018 have been reviewed.

Human activities will not be allowed within 30m of the shores of major rivers.

One of the key reasons was to align with various pieces of legislation and the 2010 Constitution to make it enforceable.

Emerging issues, such as climate change and alien/invasive species, have been taken into consideration.

Ondiri Swamp, a water catchment area vital to Nairobi’s water supply, could soon dry up if human encroachment is not stopped. When the Star visited ...
Counties
4 years ago

Nairobi looks for new water to ease its growing thirst

When last year's prolonged drought saw water supply to Damaris Kiarie's Nairobi home rationed, she decided her best bet was to buy water from a ...
News
4 years ago
Post a comment
WATCH: The latest videos from the Star
by GILBERT KOECH News Reporter
Travel
16 March 2019 - 00:00
Read The E-Paper