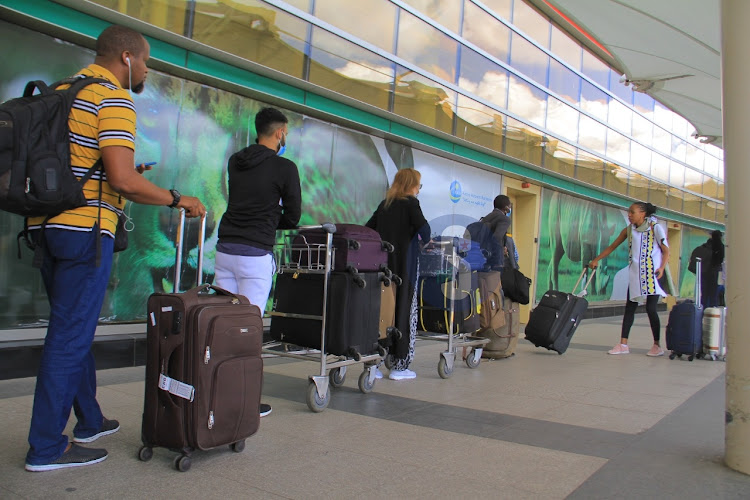 Thanks to the fight between Kenya Airways and the Kenya Airline Pilots Association (Kalpa), I am one of the thousands of people who were left stranded last Sunday.

My family and I had planned our trip since early October. Although our international flight out of JKIA is not operated by Kenya Airways, our connecting flight from Mombasa to Nairobi is. My situation was so grave that I had to immediately spring into action and find alternative measures. Measures that were costly, cumbersome and disruptive. Still, I am one of the lucky few as others are completely stuck since they cannot leave the country.

The Pride of Africa is now the joke of the world as international media are gleefully reporting yet another economic setback in a developing country.

The Cabinet secretary said most of them have been booked at city hotels.
News
1 month ago

Thousands of people were stranded in all major airports all over the world as most KQ flights were cancelled due to the scheduled strike by the association. Kalpa issued a statement in November, saying that none of their members will fly with the airline as their grievances have not been taken seriously.

As it turns out Kalpa had issued a notice to Kenya Airways as early as October 19, yet the airline had not engaged with the association to find resolve. The outcome? Thousands of people are stranded, money is lost and the airline will suffer millions of shillings in losses every single day as long as the strike continues.

Although the Pilots’ Union listed several reasons for their withdrawal of services, I believe we need to abolish the strike culture. Strikes have never resolved anything, they cause more damage to the greater society than anyone else. When teachers strike, it is the children who suffer. When medical staff strike, it is the sick who suffer the most, and so on. Strikes will always hurt those who are not involved in the matter more than the two giants fighting over something or the other. As the ancestors always said, “Fahali wawili wakipigana, ni nyasi ndio huumia.”

So here we are, travellers who bought a service from an airline, yet we are stranded because the organisations involved did not take the matter seriously enough to avoid all this mess. The customers are the innocent parties here, yet they are suffering the most. Their hard-earned money has just been flushed down the toilet and they are left stranded in strange and foreign places without a clue as to what to do next.

It is not only people who are affected, cargos that are a huge earner in our country’s revenue are also stuck in places where they shouldn’t be. Right now, somewhere an avocado farmer is recording an entire shipment of loss as his wares are spoiling in storage. The body of a deceased relative is stuck in a strange land as the family eagerly awaits its return. Families (like mine) who spent every cent they had on tickets are left in tears, as they have no other resources to make a different choice.

Strikes cause a ripple effect that will eventually spread out to affect other related or non-related industries and persons. The economic repercussions of strikes are so dire that they will eventually affect everyone, even those who sought to make their lives better by going on strike.

As it stands, some airport staff represented by the Kenya Aviation Workers Union (KAWU) have also joined in the strike. The effect is not only felt by those flying with KQ but by any traveller passing through JKIA. This is just the beginning. I do not know how long the strike will go on or how much damage will be done, but what I do know is: I won’t be the only one crying for suffering huge losses.

Do you support the pilots’ strike?

Poll of the day
4 weeks ago
EDITORIAL: Pilots strike act of shameless greed
Post a comment
WATCH: The latest videos from the Star
by Nabila Hatimy Entertainment Writer
Lifestyle
12 November 2022 - 06:00
Read The E-Paper