Pilots' action is tantamount to blackmail. They must not succeed.

• This strike is an act of economic sabotage.

• No sensible pilot, pay cut cash or no pay cut cash, should be associated with such irresponsible conduct. 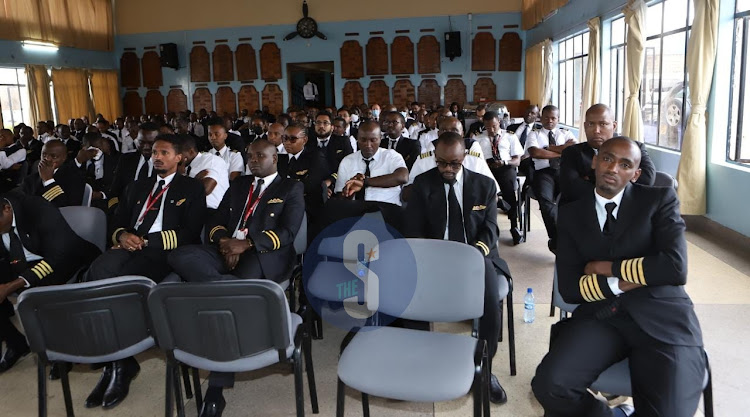 Kenya Airways pilots must be feeling foolishly excited at the effect their reckless and misguided strike has caused their employer.

Like heedless teenagers, they have set about burning the very house that has made them millionaires in a country where finding a job is a kin to finding a needle in a haystack.

Their action is tantamount to blackmail. They must not succeed.

They have resorted to taking a struggling airline to its knees because they are unhappy they have not been paid the millions they were promised when they took pay cuts at the height of the Covid-19 pandemic.

What they do not realise, because they have a delusional sense of entitlement, is that millions took pay cuts for which they will never recover. The managers at KQ did not manufacture Covid.

They have the onerous task of reviving a loss-making business and they have done a commendable job.

It would have made some sense if KQ made a profit.

Nothing more illustrates the pilots’ state of privileged seclusion from the realities of life in Kenya than trying to force an airline in financial difficulties to cough up cash they do not have.

Do they wonder about the fate of the employees of such establishments like the famed Intercontinental Hotel shut since mid-2020 on account of Covid?

The airline has only recently defaulted on an American Exim Bank loan of Sh9 billion.

This strike is an act of economic sabotage. No sensible pilot, pay cut cash or no pay cut cash, should be associated with such irresponsible conduct.

Pilots hit back at Murkomen over economic sabotage remarks

KQ gave pilots 24 hours to return to work or lose their jobs.
News
3 weeks ago

You have 24 hours to return to work, KQ tells pilots

Kalpa says the onus to end the stalemate rests with KQ management.
News
3 weeks ago

Say six key officials must also exit the company for being behind their woes.
News
3 weeks ago
Post a comment
WATCH: The latest videos from the Star
Opinion
07 November 2022 - 05:00
Read The E-Paper