Why it is hard to get rich from bar business

Despite its popularity, it is plagued by bills and extortion by cops

• Around Kenya, any place that had one bar five years ago now has at least five 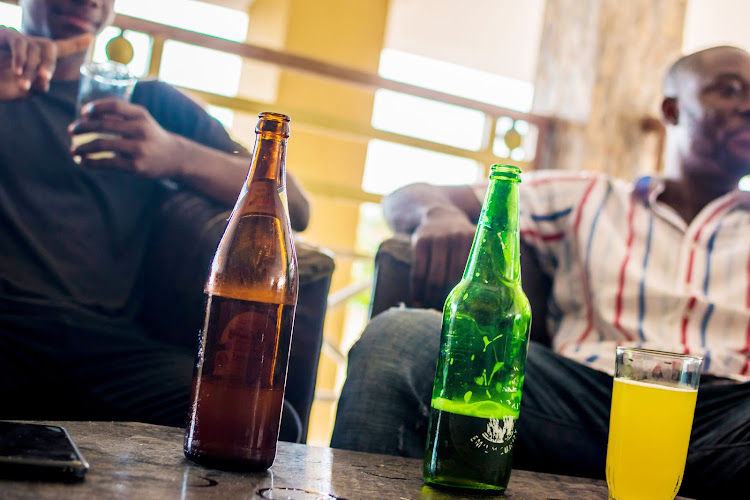 Bar business remains a popular type of business in Kenya. So many bars keep opening that there are concerns we have too many of them.

The recent controversy about noisy bars in Nairobi's Kileleshwa area highlighted the fact that bars are proliferating in residential areas. Loud music playing throughout the night is making life a living hell for people who were used to quiet nights with only the sound of crickets to disturb them.

Go anywhere in Kenya and any place that had one bar five years ago now has at least five. In a typical Kenyan style of replicating successful businesses, a popular bar soon attracts investors in the same locality eager to exploit the buzz in that particular area. It's good for customers because the variety of choices makes it easy to compare prices and quality of service.

On paper, selling drinks can be very profitable. Margins on beers, wines, spirits and other products sold in bars are higher than the margins ordinary shops make for the same products. A bottle of soda that sells for Sh35 in a shop might sell for Sh100 in a bar, and customers will still buy it.

In reality, bar business has a myriad of challenges that can derail the enterprise.

"Staff salaries and rent are a big part of my expenses," bar owner Mary Mwende says. She operates a small bar targeting low-income earners, which makes her sell at a low markup, sometimes Sh30 per bottle. "When business is down, I hardly make a profit because of salaries for waiters and security guards," she explains. The cost of licences is a big headache.

Bar licences typically cost much higher than licences for other types of businesses. Combined with the cost of setting up the facility, such as seats, a sound system, a TV, a display counter and security measures, start-up costs for a small bar can easily run into the hundreds of thousands of shillings.

Upmarket bars featuring bigger spaces, a large variety of drinks, a restaurant, multiple TV screens and an in-house DJ may need more than a million shillings to set up. The higher operating costs for upmarket bars explain their high prices for drinks.

Then there's another problem: the police. "Each day, police officers from the nearby station must collect Sh100 to Sh200 a day, whether or not you have sold," Mwende says. Sh200 a day doesn't seem a lot, but for someone making Sh30 per bottle, the money going to the police has a huge impact. Each day, the profit from seven bottles goes towards keeping the police happy.

In March, a bar owner in Kitengela lamented incessant police extortion. Posting on social media, Merceline Atieno said she was paying the police Sh5,000 a month and an additional Sh200 a day to avoid harassment. The National Police Service subsequently issued a statement, advising victims of extortion to report to them.

The short operating hours are also hard on bar owners. The Alcoholic Drinks Control Act 2010, popularly known as the Mututho Laws, restricts the opening and closing hours of bars to between 5pm and 11pm on weekdays. Operating hours on weekends and public holidays run from 2pm to 11pm. Mwende says the legally defined hours are not enough to generate sufficient income.

In any case, powerful bar owners flout the Mututho Laws with impunity by operating well into the wee hours of the night. This kind of unfair competition puts law-abiding bar owners at a disadvantage.

‘Kumenuka’: When cops raid bar you are drinking at

How alcohol has brewed relationships

Bar encounters lead to one-night stands or even marriage

Naked women fled as cops raided what owner denied is a brothel
Sasa
2 months ago
Post a comment
WATCH: The latest videos from the Star
by GODFREY KIMEGA Communication Professional
Lifestyle
24 October 2022 - 05:00
Read The E-Paper