Why partners should not ask about 'body count'

Women become afraid of judgement and probably end up lying about their body count.

• Most of the female respondents strongly disagreed questioning what benefit know such information would help one with.

• Men also gave reasons as to why they think it is important to know such details. 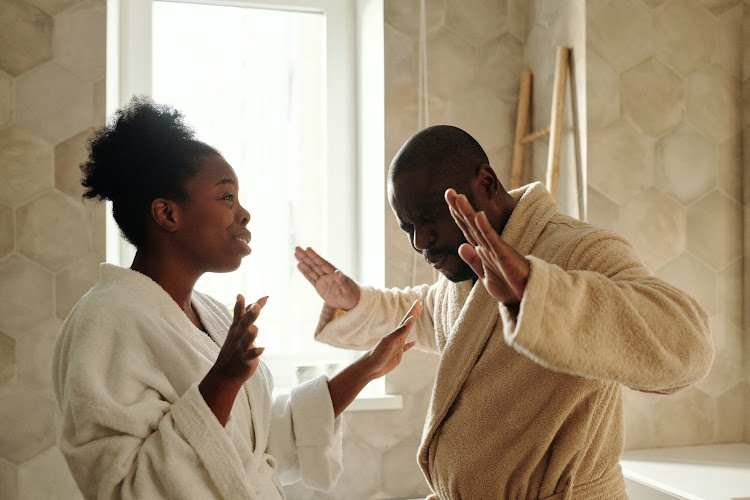 A couple having an argument
Image: FILE

The body count topic is a very sensitive one and it often comes up in many forms, when people are in a relationship.

It might arise from a random discussion between a couple or when playing games at home or even with a group of friends.

One's body count ideally refers to the number of people an individual has had sexual intercourse with.

It takes a lot for one to have the body count discussion.

This writer set out to establish whether it was alright for partners to ask each other about body count. Most of the female respondents strongly disagreed questioning what benefit knowing such information would help one with.

Men also gave reasons as to why they think it is important to know such details.

This is what they had to say;

"The body count number is irrelevant, how is it going to help anyone in the future?" Bridget, (Not her real name) said.

Another mentioned that disclosing the number of people a woman has had sex with comes with a certain stereotype.

"The higher the number means that they are perceived as prostitutes and are cheap. On the other hand, the lower the figure, they are viewed as inexperienced."

Due to this notion, women become afraid of judgement and probably end up lying about their body counts.

Anyango* added that "It is private and personal information! How is that information going to add value to my partner or my relationship? My business should remain mine."

The female interviewees made it clear that they do not want to dwell in the past.

"I no longer live in my past, my partner and I should plan for the future," Jessica* said.

Others noted that such topics bring a sort of discomfort and sometimes ends up bringing unnecessary arguments and conflicts in the relationship.

This can also lead to breakups, and the topic is better avoided.

From men's perspective, a woman who has an extremely high body count cannot be trusted. They said chances of such a woman settling down are low.

Juma* said, "You need to know the mileage of a car before buying it, you cannot purchase a car that has been overused."

"She could go back to her default settings after deciding to settle, a woman who has been 'accessed by everyone is not good for the public image," he added.

According to Kiko* having a background check on your partner is important and that you need to be aware of who you are dealing with.

"She becomes part of 'public property. It is similar to everybody having access to the same Wi-Fi internet," he said.

However, some men said that the number of people a woman has slept with does not matter and their past should remain in the past. What counts is their future together.

FELGONAH: Looking for boyfriend? Do these

Look for men in their 50s. Be accessible as in, go where you can be seen and someone can say hi to you.
Opinion
2 months ago

Why females are attracted to bearded men - study

The rising curiosity behind open relationships

Open relationships fall under the non-monogamy umbrella.
Sasa
3 months ago
Post a comment
WATCH: The latest videos from the Star
by ESPERANCER WANJIKU
Lifestyle
05 October 2022 - 16:09
Read The E-Paper