Why political seats elude many women 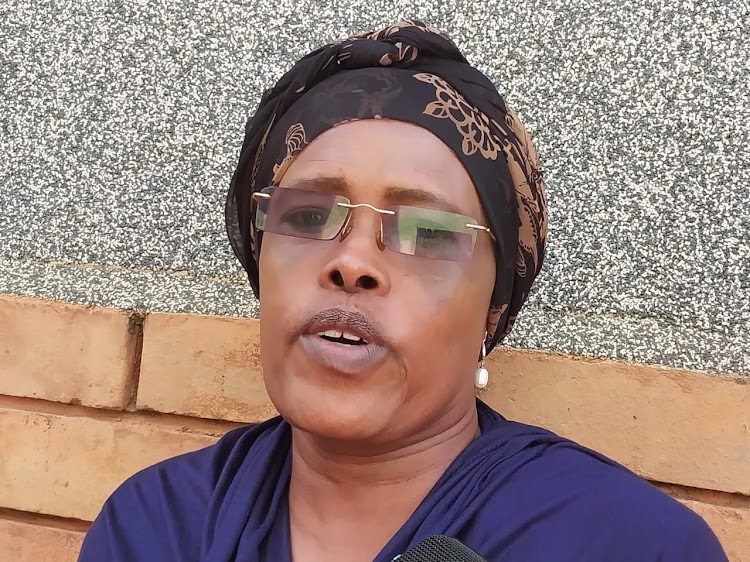 The Kenyan political space continues to favour men more than women even as the country struggles to achieve the two-thirds gender rule.

This has disadvantaged hundreds of women who wish to join politics, with some who contest for various political seats ending up losing only to live nursing depression, frustrations and wounds sustained from physical injuries.

Allyce Esintele unsuccessfully ran for Senate in Marsabit county in the just-concluded General Election. This was her fourth stab at a political contest, having run for the Laisamis parliamentary seat in a by-election in 2006, Marsabit Woman Representative in 2013 and an MP seat in 2017.

Esintele said misconceptions and communities’ culture ties made clinching political positions a mirage in all the attempts. She said the fact that she is a woman was to her disadvantage.

“I have participated in active politics for many years, but I lost in all the four attempts,” Esintele said.

She ventured into politics because after taking part in women empowerment and leadership programmes and working in civil society for many years.

“I was among teams that promoted women leadership among communities and pushed hard for women to participate in politics,” she said.

She says the initiative was successful since they managed to get women as MPs and councillors before devolution.

“Women from rural communities challenged us to run for political positions as professional and businesswomen in Nairobi,” Esintele said.

“We were pushing for local women to run for political positions. It’s challenging, but a few of us took the challenge and joined politics.”

Esintele said she has been seeking political seats because she is a leader in her own right.

Moving into competitive elective politics was a paradigm shift, a completely different environment.

“It’s not as well controlled, regulated, managed as while working in an organisation or company. It’s a competitive arena, people use all manner of tricks to outdo their competitors,” she said.

She described her experience in politics as steep learning curve.

Esintele said she faced hostility from her male competitors, who felt she was infringing on their space.

The community was surprised that a woman would run for a seat that had always been identified with men.

“They would ask questions like: Do women also contest for MP seats? Are women intelligent enough to lead the community?” she recalled.

They would also bring up the reproductive role for a woman. “When you get pregnant, will you be able to lead the community?” Esintele said.

She didn’t encounter such hostilities when she ran for the woman representative seat in 2013 since men felt it was the position preserved for women.

Esintele said when she declared her bid for the Senate seat, there was surprise that a woman was declaring for the seat.

“It took a while for people to realise that I am not vying for a woman representative seat but senator,” she said.

“Even after introducing my candidature, I would meet people and they would forget that I am running for senate and would introduce me as woman representative aspirant.”

Theta MCA aspirant Serah Thiga said inability to reach out to the Council of Elders made her lose the Theta MCA seat in the 2022 polls.

The 31-year-old said culture immensely contributed to her losing the political seat in Juja, Kiambu county.

Despite the fact that Thiga is learned, exposed and has been a leader in both Maendeleo ya Wanawake Movement and university, she wasn’t lucky this time round in her quest for the MCA, reason being she is an unmarried woman.

“Running for the seat as a young unmarried woman, there were community’s sects that I wasn’t able to access, like the Council of Elders,” Thiga said.

“Traditionally, as a young woman, you aren’t able to speak for yourself according to the Agikuyu culture, but let a man speak on your behalf instead.”

Thiga holds a Bachelor’s Degree Arts Sociology and Communication from the University of Nairobi. She is currently pursuing a Master’s Degree in Communication Development.

She is the firstborn in a family of seven, hence helps her widowed mother raise her other six siblings following their father’s demise in 2010.

“Unfortunately, I don’t have a father. So, that made that part of the community remain inaccessible for me,” Thiga said.

“I hope that the Council of Elders will in future accept young women and also give us opportunities to talk to them so as we leverage our leadership capabilities.”

Thiga was also conned by several men both young and elderly, who tricked her to give them money to go introduce her to other men alongside the Council of Elders, promises which never happened.

“I suffered a lot despite the fact that I had lots of challenges that included difficulties in raising funds to support my campaigns,” she said.

“Some men made a habit of lying to me to give them money ranging from Sh5,000 to Sh20,000, which they promised to use for mobilising and facilitating meetings, especially for men and elderly, before I was introduced. I wasn’t introduced even in a single meeting of such. To mean, they conned me.”

She said culture still plays huge role in elective politics for women not only among the Agikuyu community but also the others across the country.

Thiga, however, said that contesting for the seat as a young woman and first-timer was a good experience.

“I got lots of opportunities to talk to my community members and identify issues that are in my home. Together, we were looking into solutions that I could bring once I get to office, but I didn’t make it,” she said.

She emerged position nine out of the 20 candidates who contested for the seat.

Thiga said she hadn’t given up but is preparing for the 2027 elections, in which she intends to contest either for the same position or another.

“I also went through both online and physical harassment and hope that police and NCIC will look into this because it causes lots of emotional trauma and also physical,” she said.

“Despite all these, we remain undeterred as we yearn for leadership as young people since 70 per cent of Kenyans are young people and therefore have to be part of decision-making,” Thiga said.

She said she was shortchanged in a political party which she was at forefront in creating visibility for ahead of the August 9 polls.

“I was rigged out in the final moments. So, I contested as an Independent candidate. It was a tough journey fighting party machineries,” she said.

She said women organisations, friends and relatives supported her campaigns.

“My pride is that I was able to be heard, people are yearning for transformative leadership,” Thiga said. 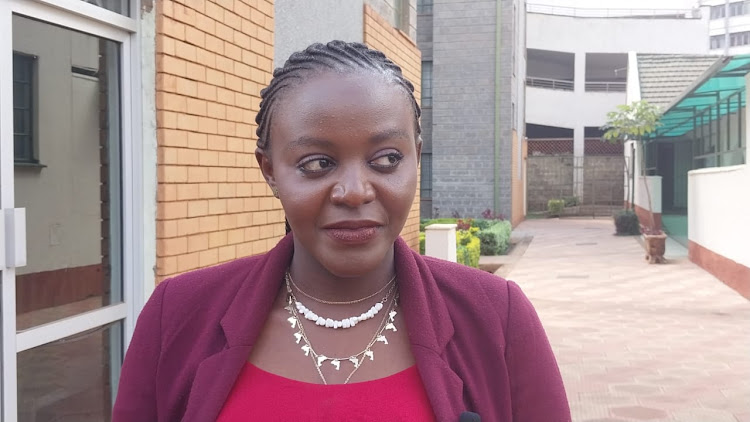