Raila’s place in history is assured despite fifth loss 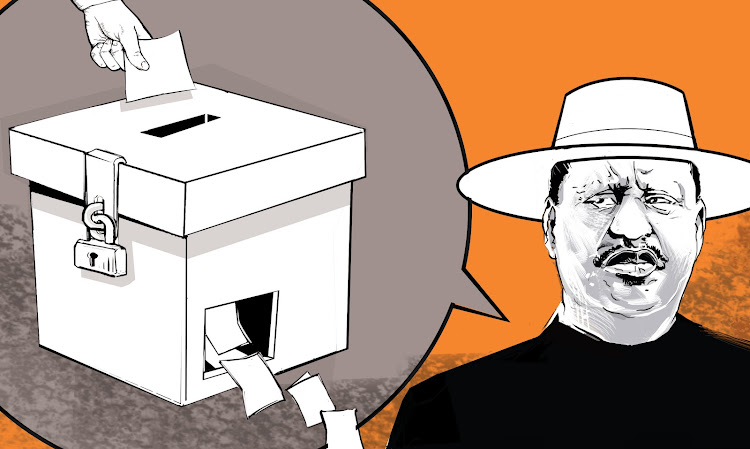 As a student, I never quite grasped the significance of this methali. I understood it, of course, but the societal implications always eluded me. Growing up in ‘old school’ Mombasa meant you couldn’t argue with your elders even if you were right. The moment you opened your mouth to argue, you would get the harsh and sharp “usiwe mshindani!” Yet in schools, they taught you that not accepting defeat makes you a sportsman.

In essence, I believe, our culture as Kenyans has encouraged us to be argumentative. Kenyans are the most quarrelsome people you could come across. We go down swinging as we make our point and we hardly ever accept defeat.

This culture has transcended to our politics, where it has become obvious for a politician to cry foul even if the truth is staring at him in the face. I am sure most of the nominees who ran for positions and lost during the elections protested the result at some point before accepting the results shingo upande (accepting without really agreeing to the outcome).

Raila Odinga’s history is an impressive one. I must make the disclaimer that I am currently non-partisan. Not only as a journalist but also as a member of the unemployed youth with too many things to worry about. Readers often try to misalign me with one party or the other. Politicians and politics have never been an interest of mine. The only thing I care about is the country’s well-being, regardless of who holds the reigns. I am and will continue being a third-party observer, a watcher on the wall, a watchdog of the fourth estate.

The Odingas (Jaramongi and Raila) are key figures in our history. From the fight to end colonialism to the struggle of multi-partyism, they have played important roles in overturning administrations and pushing for democracy during authoritarian regimes. We might not have voted for them to assume office, but they deserve our respect and acknowledgement for their service to our country.

Raila has unsuccessfully run for election as President of Kenya five times and has lost each of those elections. As a Kenyan, he has contested the results of each of these elections, citing fraud or interference of sorts. This year, he filed a legal case challenging the result in front of the Supreme Court. However, the Supreme Court dismissed the case for lack of substantive evidence.

A few weeks ago, I wrote about how not all warriors are meant to be leaders. Sometimes being a revolutionist makes you a key historical figure who is revered by a nation. Take Gandhi, for instance; the whole world knows who Mahatma Gandhi was yet he was not a President or high-ranking official.

Fighters like Raila need to understand that the adoration for their struggles and service does not translate to the popular vote. Even though people revere you does not mean that they see you as a potential leader. Just as we cannot fight the direction of the tide, we cannot fight the will of the people. However, failing to become President during his lifetime does not make Raila Odinga any less important than any other freedom fighter in our history.

Treat this election as a break-up, mourn and move on
Post a comment
WATCH: The latest videos from the Star
by Nabila Hatimy Entertainment Writer
Lifestyle
08 September 2022 - 00:00
Read The E-Paper